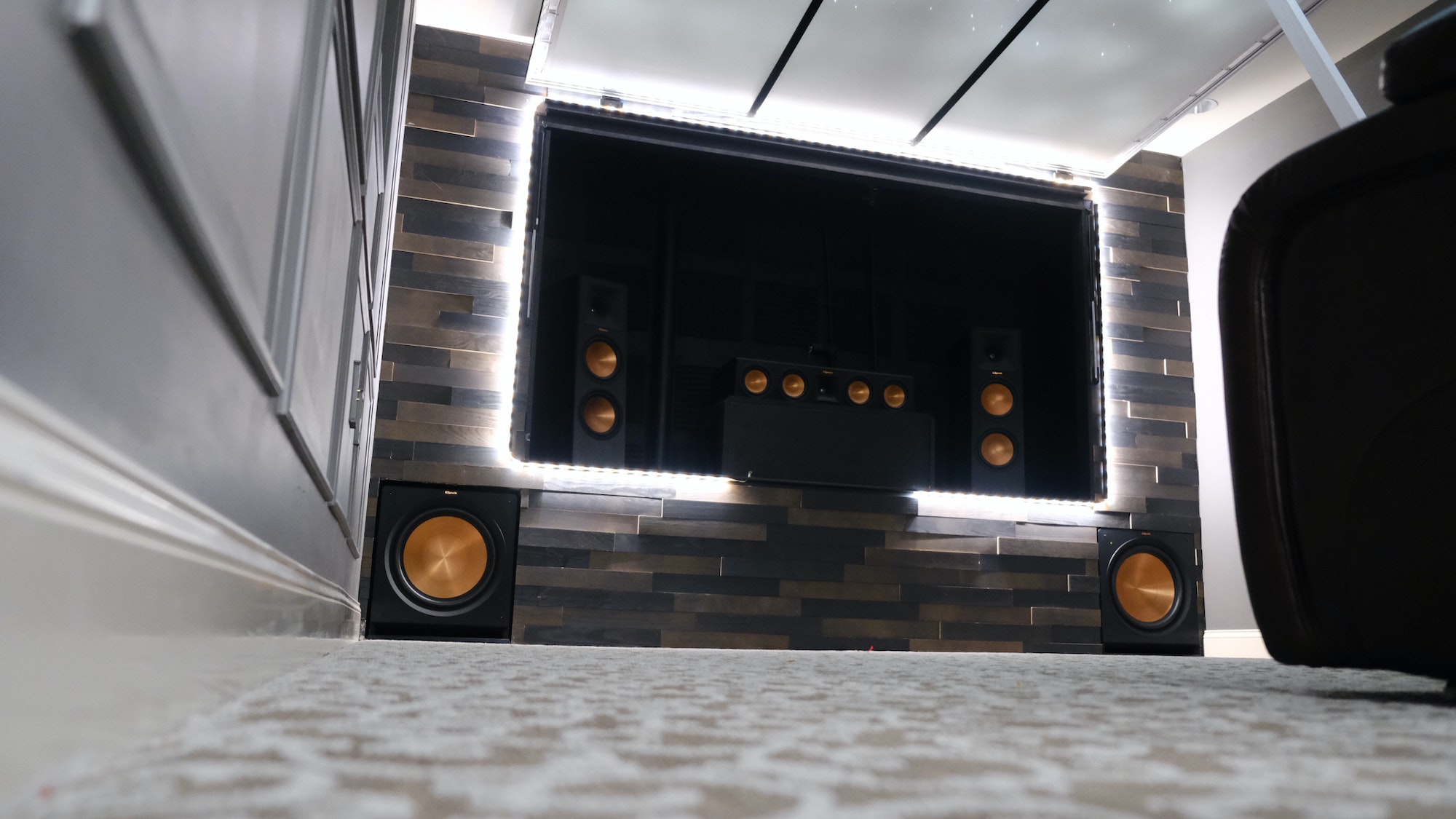 Shawn Repp of Shawnee, Kansas designed his own home theater around Klipsch Reference Premiere Speakers to bring the movie theater to his home.

Repp says he was adamant about having a home theater in his home when it was built in 2016. A professional installer, Repp sat down and did his homework before beginning the build. “I wanted to design it and build it all myself, so a portion of the basement was left unfinished for this purpose,” he says. “I spent a solid 6 months doing research. With Dolby Atmos being a relatively new concept for home theaters, I knew that that’s what I needed. All my research and reviews kept bringing me back to Klipsch. After visiting a local retailer to hear it for myself, I was convinced.”

“After visiting a local retailer to hear it for myself, I was convinced.”

“Nearly a year after we moved into our new house, construction on the home theater began,” Repp says. “The first purchase being my Klipsch speakers. I placed the speakers in the space before it had even been completely framed. This is why I tell people my home theater was literally built around my Klipsch setup.”

Repp describes the first time he listened to his set-up. “My first impression was REWARD,” he says. “All the late nights and weekends my wife and I had put into making this little space come to life. When the final setup was done, the clarity of sound and feel of bass was instantly rewarding and better than ever imagined.”

His faves right now to watch are family faves. ”As of late, they’ve been playing their share of ‘Paw Patrol’ and ‘Toy Story’ movies,” Repp says. “But, when given the chance I enjoy listening to a good live concert.”

WANT TO BE OUR NEXT MONDAY SHOWCASE WINNER? JUST POST A PIC OF YOUR WICKED HOME THEATER SETUP TO INSTAGRAM OR FACEBOOK, TAG US, AND USE THE HASHTAG #MONDAYSHOWCASE.