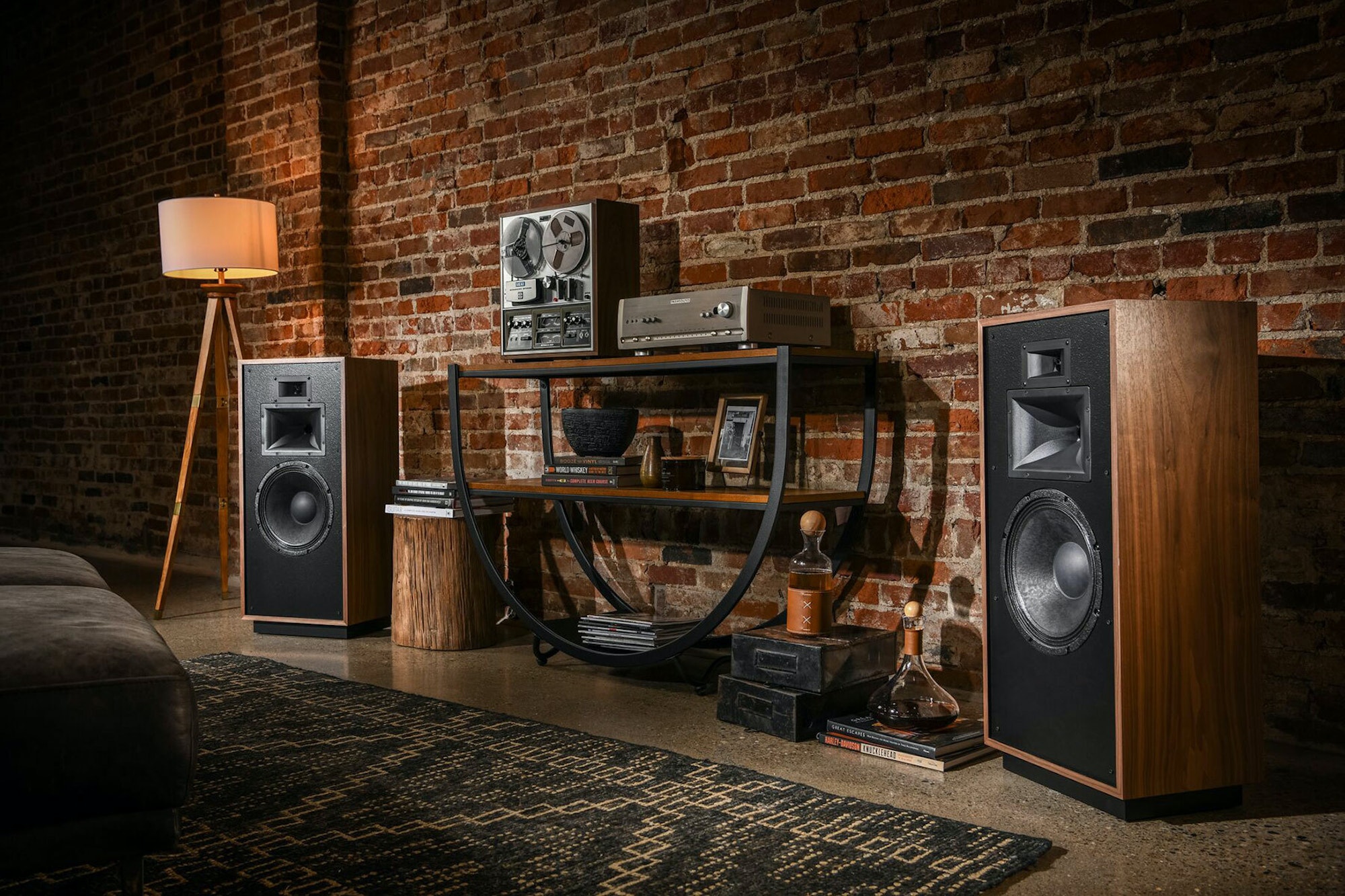 First introduced in 1985, the Forte quickly established itself as the most popular Klipsch model. In 2017, we reintroduced the Forte as part of the Heritage speaker series. The new Forte IV features updated cosmetics and the latest advancements in acoustic engineering while maintaining the original charisma that made the Forte so popular.

To get the full scoop on the latest iteration of this lauded loudspeaker, we went straight to the source: Chief Engineer Roy Delgado.

Question: So, what’s new, technology-wise, with the arrival of the Forte IV loudspeakers?

“For starters, a wide dispersion phase plug on the high-frequency driver. Almost every compression I have measured collapses the coverage angle in order to increase output at the top end. Depending on the exit throat of the compression driver, it can start to collapse at 6.5k hz for a 2” exit. For a 1” exit, it is around 13k Hz. This is inherent in concave diaphragm compression drivers. The tweeter in the Klipsch Heresy IV, Cornwall IV, and now the Forte IV speakers use a phase plug where the coverage pattern of the plug was taken into account to match the horn coverage pattern as closely as possible. What this means is that, at frequencies above 9k Hz, the coverage pattern remains consistent with that of the horn and high-end harmonics, and the fundamentals remain stable when listening to the soundstage. In the past, those frequencies could be localized. Seemingly, the listener could hear that those frequencies were coming from the tweeter instead of remaining part of the sound stage.

A new compression driver that is the same as the Heresy IV and Cornwall IV. This driver is better because it is more consistent in its frequency response. The diaphragm material, polyimide, sounds effortless and gives the soundstage an added dimension. I have never been that interested in the diaphragm’s material. Ultimately, compression drivers need to meet certain criteria before being considered a contender. This driver met and exceeded those criteria and also happened to sound very good.

And of course, steep slope networks. Continuing the work of Paul W Klipsch, minimizing the interference band between drivers, the network of the Forte IV follows the form like the Heresy IV and Cornwall IV. One thing to note is this is a network, not a crossover. Mr. Klipsch made sure the difference was understood. A network not only provides crossover frequencies but also provides gain adjustments for the drivers, equalization of the drivers, and then adjusts the components of the network in order to provide maximum gain at the acoustic crossover. And that beyond acoustic crossover, there is a minimum to zero amplitude to affect the frequency response.”

Q: What’s a passive radiator? How does this impact the sonic signature of the Forte IV?

“Well, a passive radiator is a type of vent. Vented designs can either use a port or a drone (passive radiator). What previous Klipsch engineer Gary Gillum did in introducing a drone to the KG series and Forte way back when was to allow the use of a smaller cabinet than required by a vent. A drone does offer one more degree of freedom than a vent does. It allows the drone’s compliance to be changed, which is not possible with a port. Because of the large area a drone offers, the distortion levels of the low end that the drone augments is low. Using a 15” drone offers a large diaphragm that does not move much. And if it doesn’t move much, it doesn’t distort much (assuming the drone was designed correctly).

“Really, the cosmetics have not changed much as we based the design of the Heresy IV and Cornwall IV on the cosmetics of the Forte III. We did, however, incorporate the new riser design.”

Q: What about the Forte IV loudspeaker cabinet assembly?

“Because the speakers are grain bookmatched and have one continuous grain pattern around the speaker, the manufacturing process is somewhat difficult because the panels and raw cabinets are moved through the Hope, Arkansas plant in pairs. If one speaker in the pair has a flaw that cannot be fixed, then the pair is broken up. One of the cabinets continues through the process and will be labeled as a single. Thankfully, that does not happen too often.”