Dad's That Rock: Memories of Music

It is no great surprise that many of our life-long obsessions with music and great audio began with our fathers. The blog series “Dads That Rock” is an on-going Father’s Day tribute to these great men who helped inspire our passions. Cory from Paducah Home Theater (and "MetropolisLakeOutfitters" from the Klipsch forums) submitted the story below with minimal edits by the Klipsch editorial staff.

My dad (Kevin) introduced me to the world of classic rock as a boy.

We never had much money growing up, so for transportation he had to overhaul his old Dodge D-50 truck a total of four times, squeezing over 400,000 miles out of it while working a third shift. There were times when the only chance I had to see him was to walk a quarter mile down to my grandparents’ garage and hang out while he tore an engine apart.

The conversations we had usually ended up revolving around music while we listened to it. I didn’t understand much of it at the time but it makes more sense now.

While in that garage, he explained the meaning behind several Pink Floyd songs on many occasions. Any time Santana’s “Black Magic Woman” played, he would regurgitate memories about some crazy ex-girlfriend who was rumored to be a witch. He would describe in detail all the chaos that happened at Bull Island any time soemthing related to Woodstock came up since he was there.

I was even told about how my great-grandmother came from England, how she left behind a sister when she immigrated. Somehow, through this person, George Harrison of the Beatles was born and is technically my 5th cousin (I think?). Unfortunately, somebody stole the letter that explained it all.

I have no idea if it’s one true, but it’s a fun story nonetheless and his eyes light up every time he tells it. 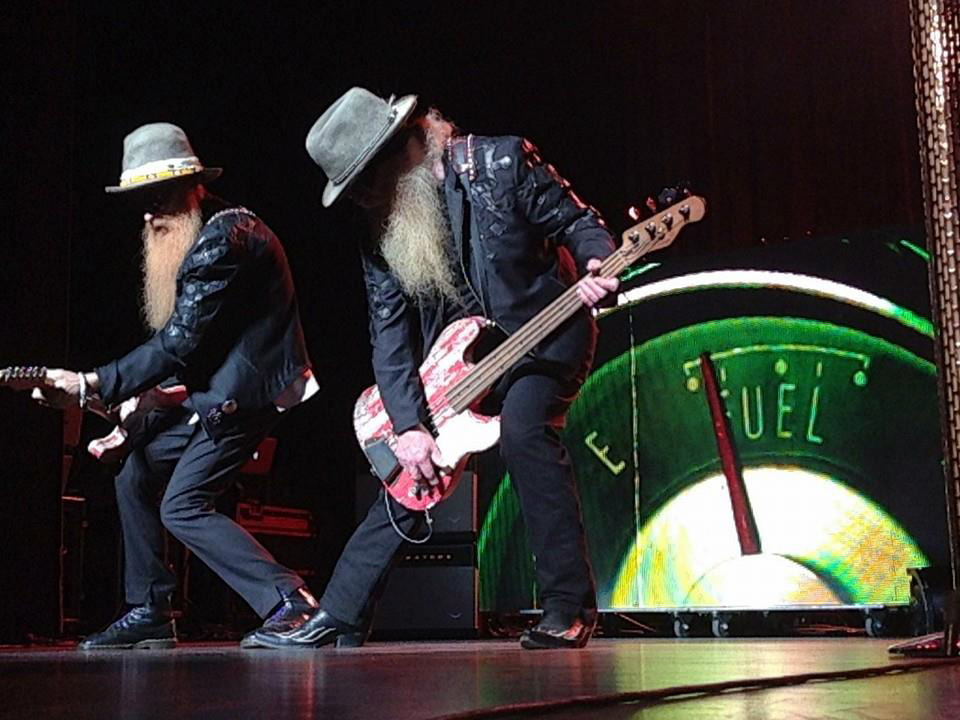 My dad took me to my first concert at age 14, where we saw ZZ Top in their hey day. Their concerts were much different back then – trap doors, space ships, laser shows, conveyor belts, faux teleportation, etc. –really over the top. Nothing has topped it since then – it was truly a once in a lifetime experience.

For my 16th birthday, Santa brought my first subwoofers as well as a 4th edition The Loudspeaker Design Cookbook, which helped us manually design and build a fourth order tri-chambered bandpass box together for my 1988 Chevrolet Beretta. Due to the aforementioned lack of funds, the first version was the budget build from hell.

Working in an industry factory as an electrician, my dad had access to old wire. He smuggled home some discarded IBM networking wire for signal wires, some welding cable for power wires, smaller wire used as speaker wire, large capacitors to help the electrical system with dynamics and many other industrial parts like fuse boxes and terminals.

This is actually how I paid for the car itself, by stripping and recycling copper wire that was being thrown away, as copper prices weren’t what they are today so this was surprisingly pretty common. I found a [competitor] coaxial speaker in the trash and we used it as a center channel.

The first time we got it all connected after working on it for a long time, we sat there in the car in the middle of the night and listened to most of the Genesis “We Can’t Dance” album, which had recently come out and has some incredibly sweet midrange from percussion and keyboards, which sounded great on the flat Blaupunkt “honeycomb” midranges that I had. Soon afterwards we cranked up the engine and got to hear what the worst ground loop in the world sounds like, but dad got it fixed pretty quickly. 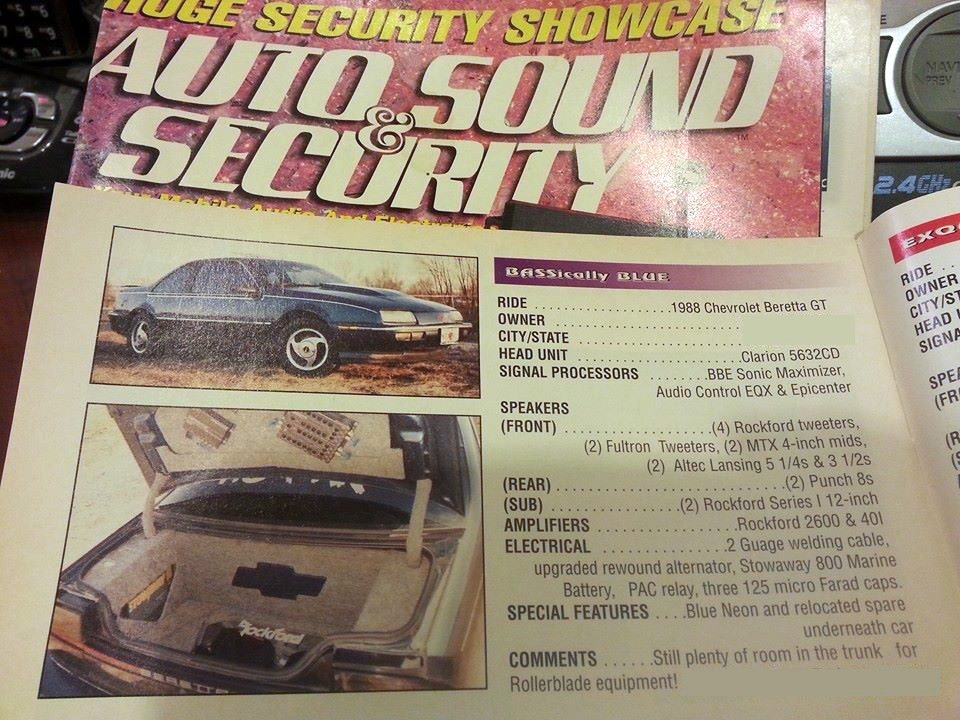 What we built would go on to win several trophies in halfway local International Auto Sound Challenge Association (IASCA) competitions. Overhearing a judge tell their buddies “that’s the best sounding car out here” was a big source of pride considering it was thrown away parts and Wal-Mart amps.

Plus (and most importantly), my dad and I worked on it together.

More than anything, my dad showed me what music could do to you emotionally. That really stuck with me, even nearly 30 years after hearing some of those stories in that garage.

We never had nice expensive equipment, but the memories associated with the music are worth much more than that. 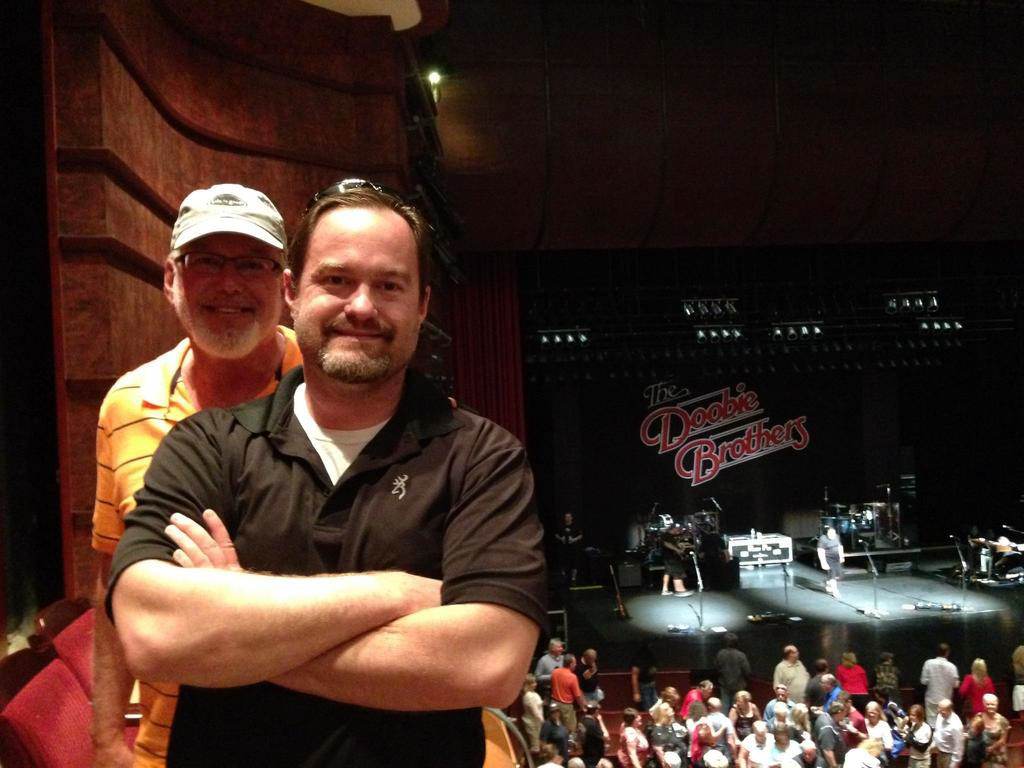 Do you have a story about your dad that rocks, music and/or Klipsch speakers? Post it in the comments below and/or email it to alex.leopold@klipsch.com