The 2015 Klipsch Pilgrimage to Hope

Klipsch has a rich history and heritage that we readily "shout from the rooftops," but we aren't the only ones shouting.

Our passionate fans are yelling right alongside us. Whether it's on social media, the Klipsch Forums or even good ol' personal recommendations, they are critical in magnifying our message.

Because of this dedicated fanbase, we have had several "Klipsch Pilgrimages" in the past, inviting Klipsch fans from all over the world to tour factory in Hope, Arkansas or to our headquarters in Indianapolis, IN. 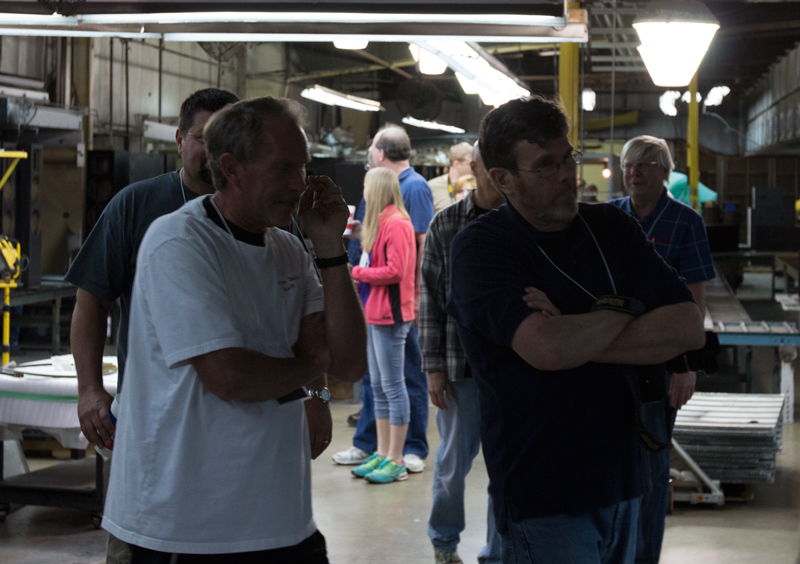 Fans in awe during the factory tour.

This year, a group of devoted fans from the Klipsch Forums (about 50 altogether) took it upon themselves to hold a "Klipsch Employee Appreciation" event for Klipsch employees at the Hope factory. They invited anyone who wanted to attend and provided a catered lunch to the employees on April 10, 2015.

Lunch was catered by a local favorite -- Big Jake's BBQ -- and the attendees even served it themselves! Everyone at the factory was extremely appreciative of their kindness. After all, these are total strangers taking time out of their lives to say "thank you."

Plenty of companies out there have rabid fan-bases. With gestures like this, we’re pretty sure ours is the best! 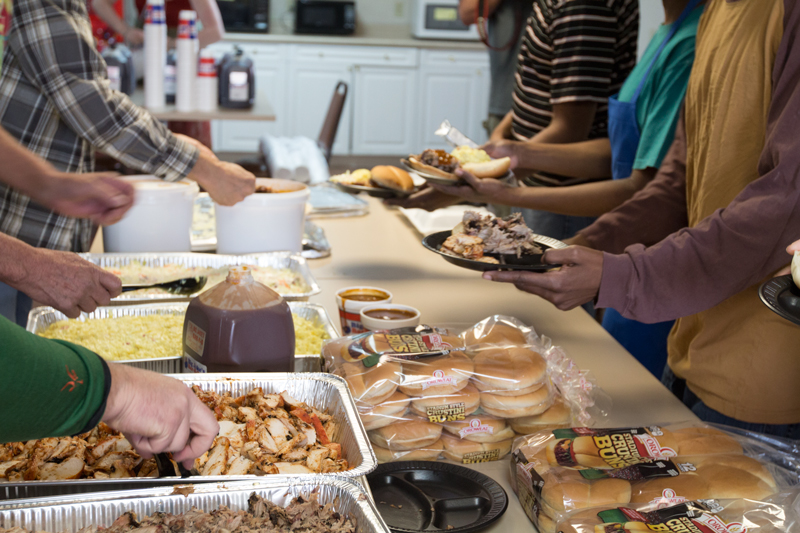 Serving food to the factory workers

The attendees were treated to a tour of the factory as well as the Klipsch Museum of Audio History just across the street. This small building, now museum, once contained the entire Klipsch manufacturing facility in its basement from 1948 to 1952.

Our own resident historian Jim Hunter lent his time and knowledge to show them around the museum, which is chock full of amazing audio relics from our past such as prototypes, testing equipment and even some of PWK's personal equipment. Smiles could be seen across the group's faces as Jim went through each historical piece.

You can get your own virtual tour courtesy of Mr. Hunter on YouTube here. 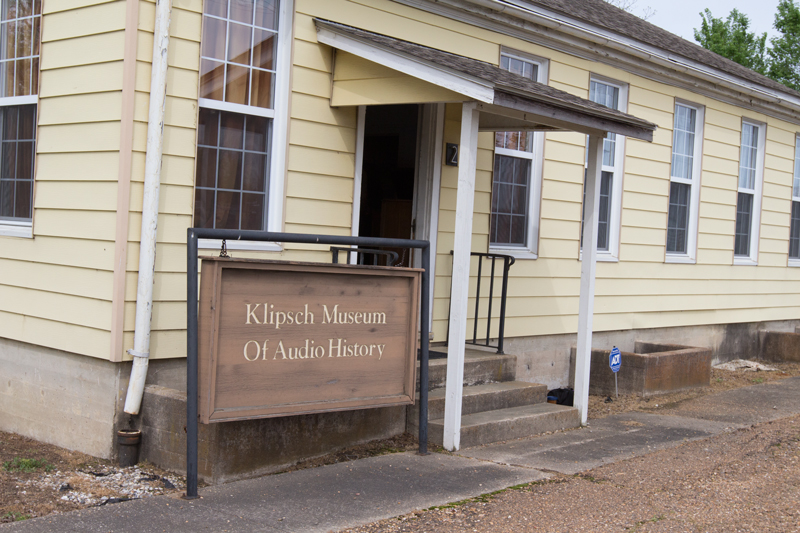 The Klipsch Museum of Audio History

The factory tour is always the highlight of the Klipsch Pilgrimage. After all, that's where Klipsch speakers that have brought so much joy to so many people, are lovingly crafted by hand.

During the tour, an order of RF-7 II floorstanding speakers was being built from the ground up, showing off the craftsmanship for which Klipsch is known. To see first-hand exactly what goes into making these speakers is something truly special. It's a detailed process that highlights the human, handmade aspect of these speakers. 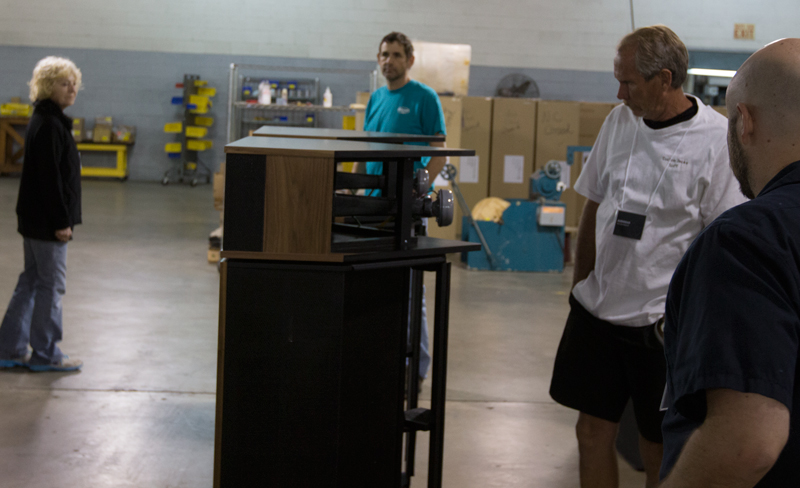 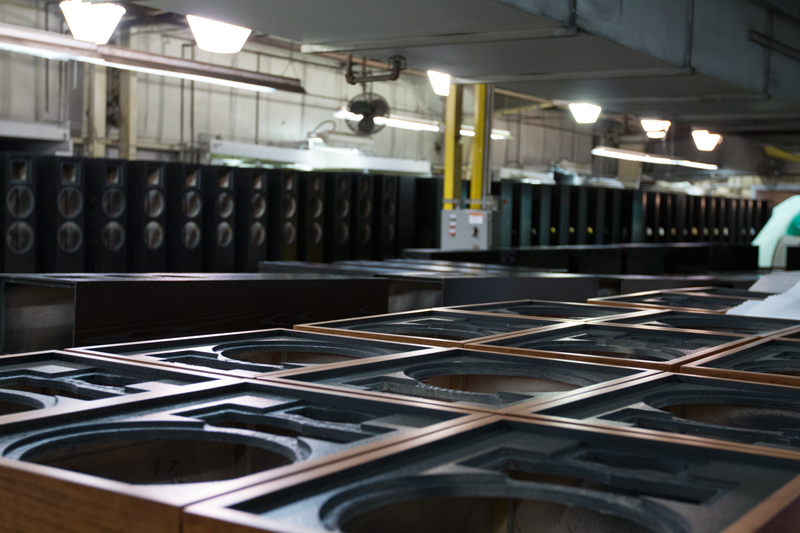 "Before the sound." Still beautiful. Heresy and RF-7 II cabinets. 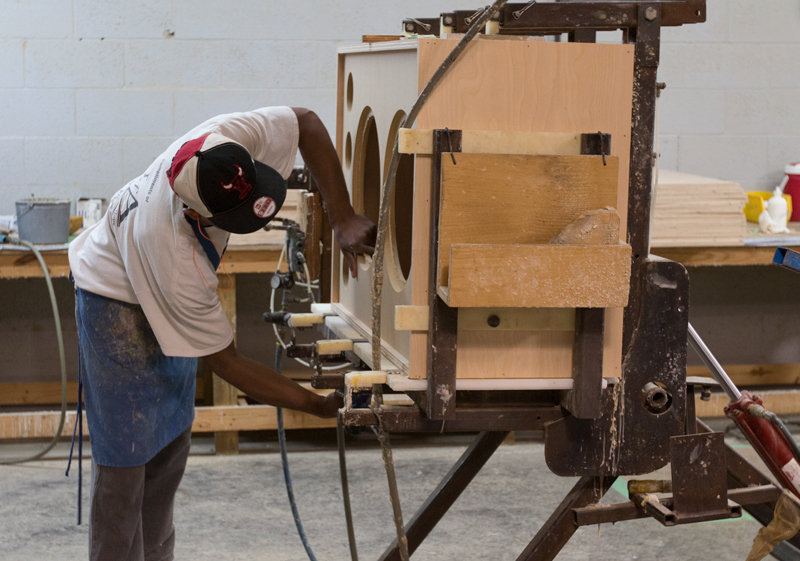 When we say hand-made, we mean it.

After the tour, engineering master Roy Delgado, Jr. showed off some of the upcoming Klipsch KI Series II Pro speakers, as well as the giant KPT-1802 subwoofer out behind the factory. Needless to say, people were amazed by the sound of these speakers and the subwoofer. We also gave a short A/B/C demo of music through some Klipschorn, RF-7 II, and Palladium P-39F speakers, which left many of the attendees nearly speechless afterward. 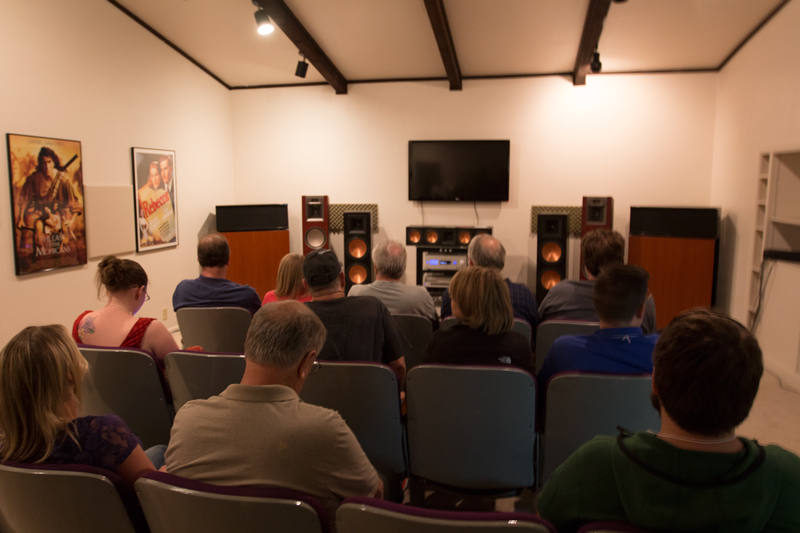 It almost goes without saying that the Klipsch Pilgrimage would feature a party. Heck, we all love speakers, so you gotta turn it up!

On Friday and Saturday night, attendees gathered at a huge property just outside of Hope owned by a longtime friend of some Klipsch employees. Several folks brought some of their own Heritage (Cornwall) speakers along with phono tube amps and turntables to set up in the giant barn/clubhouse.

Everyone rocked out to an interesting variety of music while telling stories about their own audio projects, tales of meeting Paul W. Klipsch himself and how they became Klipsch fans in the first place. 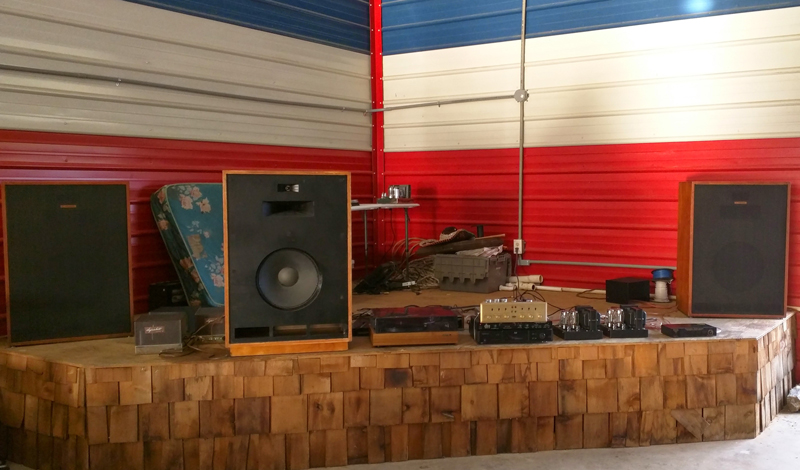 Some Cornwall speakers set up inside the clubhouse

Outside the clubhouse, forum member Kevin Harmon - who filmed a short interview he had with PWK back in 1989 - set up his absolutely amazing KP-600 stacks that he had hauled to the pilgrimage. These monsters were LOUD!

Built for a variety of applications, they are perfectly suited for an outdoor venue and attendees of this "live concert" of recorded audio definitely had the "best seat in the house". Fittingly, Roy Delgado, whose name is on the patent for the KP-600 (along with a host of other Klipsch patents) showed up and helped tune Kevin's system to perfection. 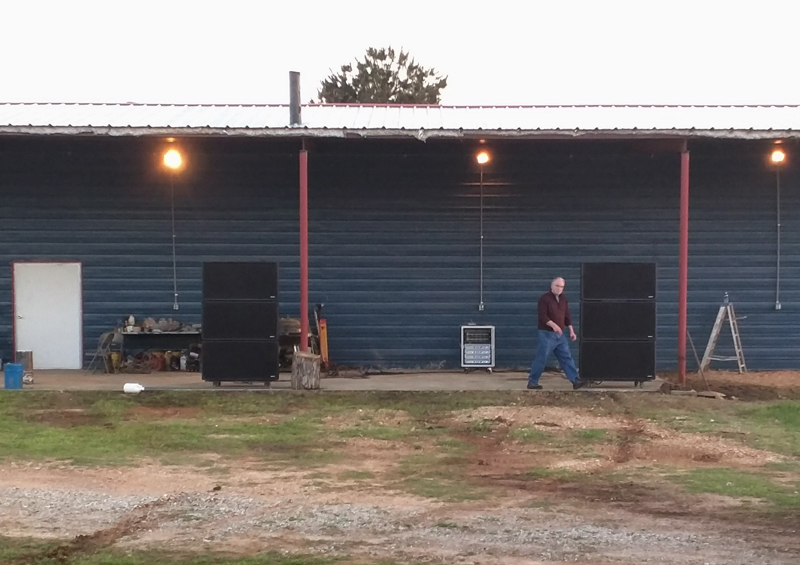 When I say these speakers were loud, I mean it. Don't believe me? Here's proof....

In the late night/early morning hours of Saturday/Sunday, the owner of the property received a text from a "nearby" neighbor, asking to "please turn down the music". I put "nearby" in quotes because this particular neighbor lives no less than 1.6 miles away from where the speakers were sitting. Hundreds of trees, some hilly land, and other buildings also sit between the 2 points.

The neighbor said they could hear every word of Michael Jackson's "Thriller". That's definitely "Pissing Off The Neighbors." 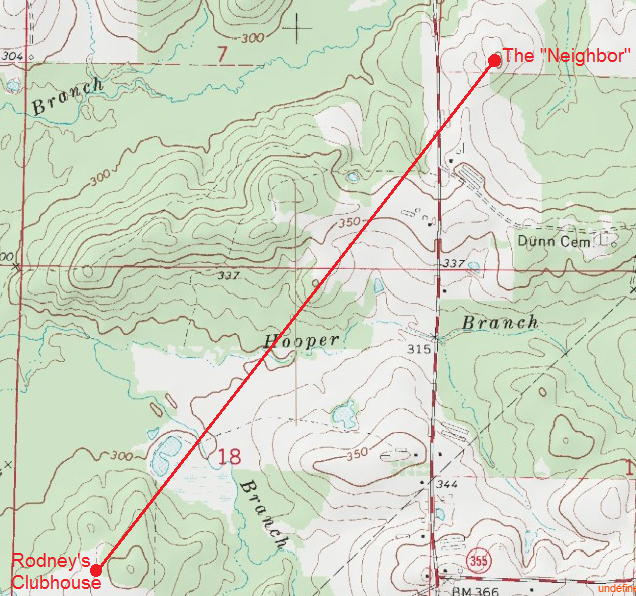 1.6 miles as the crow flies. Not enough space, apparently!

We are so lucky to have such a loyal and passionate fanbase and we truly thank the ones who put this appreciation lunch and gathering together. This event was strictly created by them without any involvement from Klipsch aside from agreeing on the dates and setting up the tours of the factory and museum.

We strive to continue making products that generations of audio lovers will want to bring to future gatherings and endlessly talk about how they became a Klipsch fan in the first place.

If you want to be a part of future gatherings and pilgrimages, hop on our forums and say "hello." (Hint, there may be another small, but special Pilgrimage very soon!)

We are one of the only audio companies to maintain a forum community and we owe its members a great deal of gratitude.

Thanks again, everyone! We wouldn't be where we are today without you.

Special thanks to the following forum members for their hard work in putting this together and for other various nice things they've done related to this event! (Do let me know if I missed anyone)
Mallette
ssh
Thaddeus Smith
USNRET
dtel's wife
Seadog

Categories: Made in America