Designed & Assembled in the USA Speakers

The very first Klipsch speaker sold was made by hand back in 1946 in the little town of Hope, Arkansas. Paul W. Klipsch (PWK) built the horn himself out of a tin shed while the original cabinet was made by the local Reed’s Cabinet Shop.

A lot has changed since 1946, but some things haven’t. We still make many of our speakers in that sleepy little southern town with pride and respect for the formula (PWK) bestowed upon us.

The tin shed is now a full-fledged factory with its own cabinet production line and the company’s headquarters have moved to Indianapolis, Indiana; however, the mission remains the same for all of our “Designed & Assembled in the USA” speakers. We want to make the world’s best speakers that bring the live music experience to your living room…or wherever you may need music. 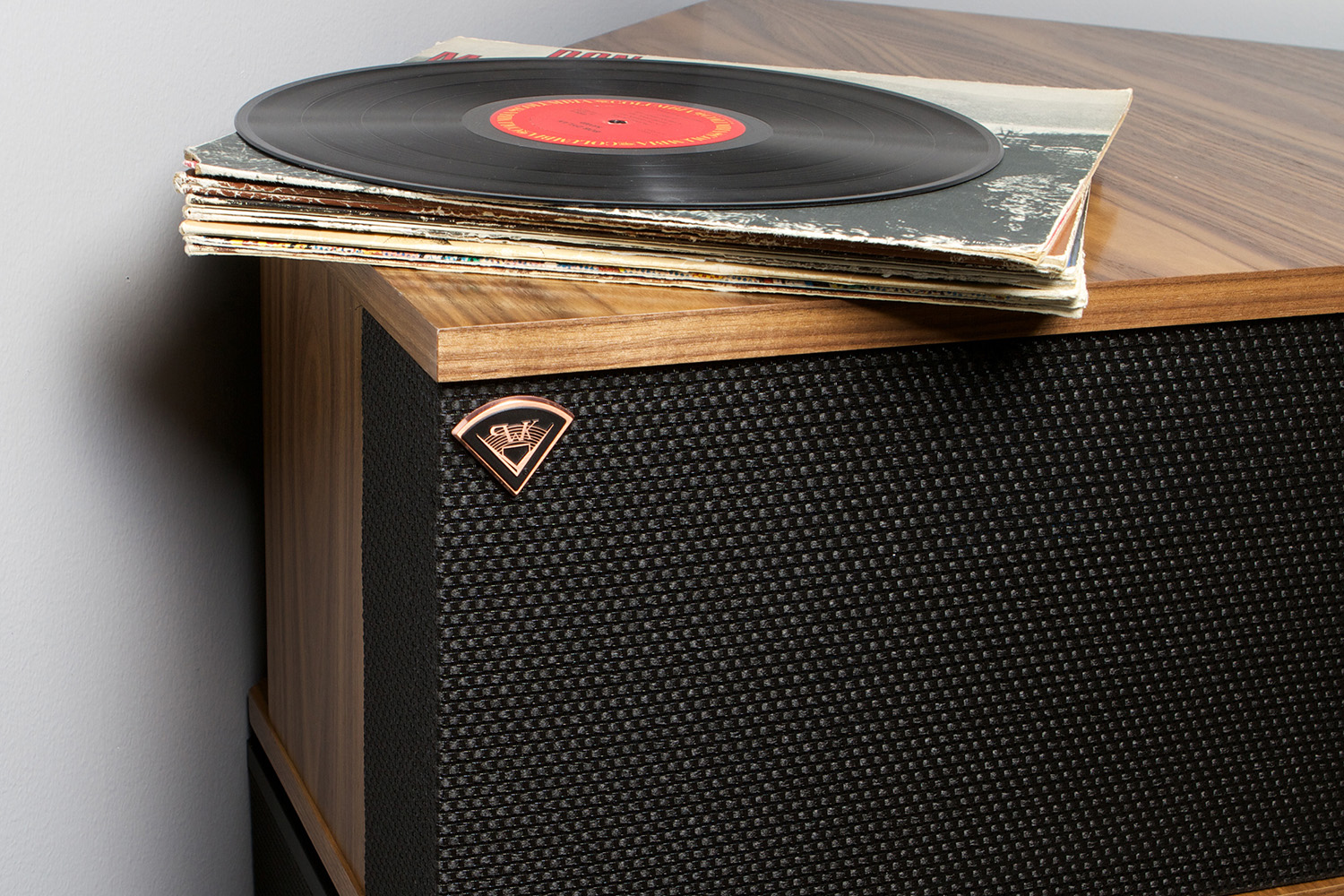 Paul W. Klipsch created the Klipschorn because he wanted to bring the live music experience to his home. Boy, he succeeded and then some, didn’t he? With it’s brilliant highs and deep lows, it’s truly the classic American speaker. (Klipschorn history)

It may be hard to believe, but the design of the Klipschorn has genuinely not changed much since PWK made his first one in 1946. It is the only speaker to be in continuous production for over 70 years. We’ve tweaked it here and there, but, as the old saying goes: “if it ain’t broke, don’t fix it.” 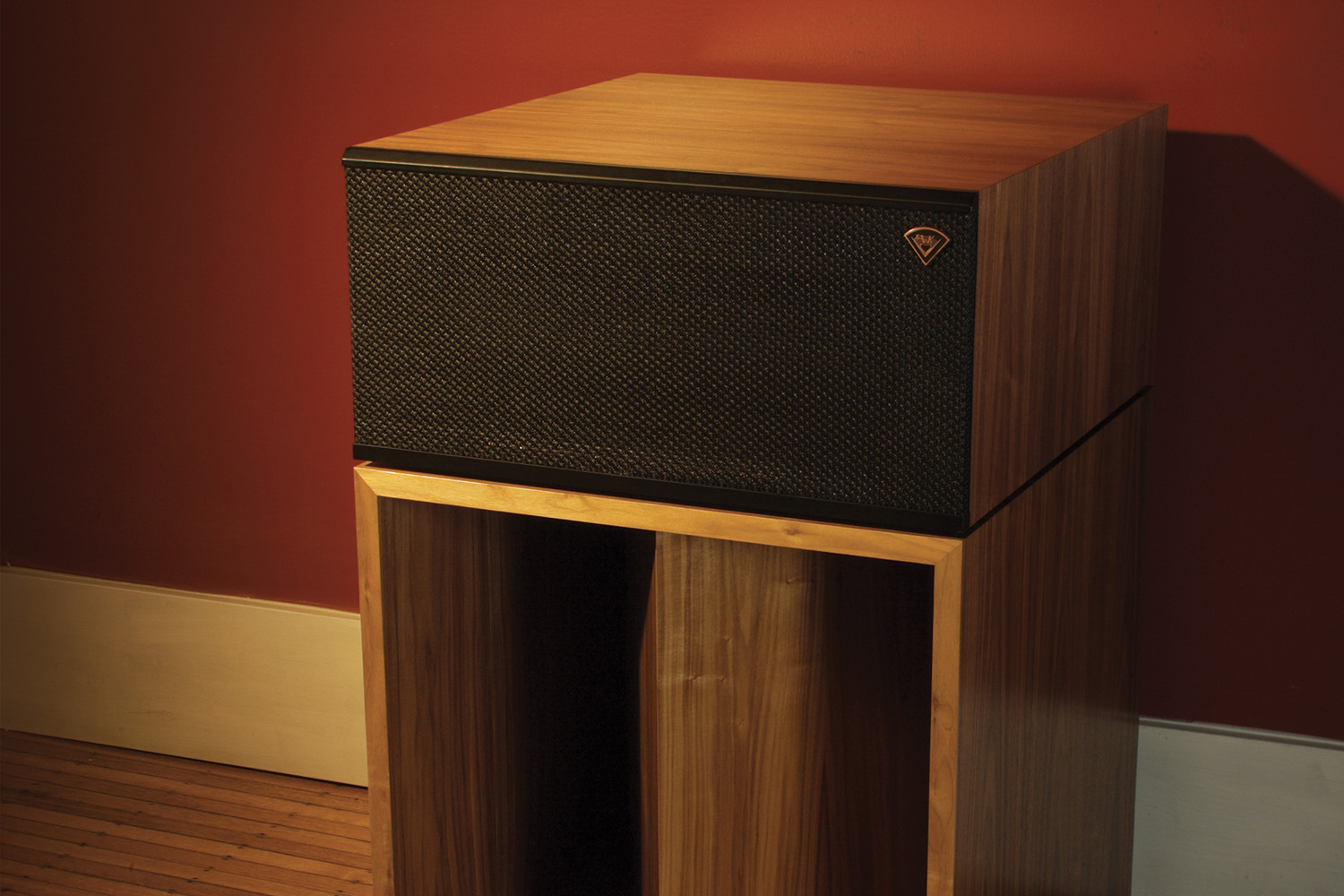 Named after the Teatro alla Scala in Italy, the original La Scala was unveiled in 1963 as an alternative to the Klipschorn. It offers similar performance and, unlike the Klipschorn, it does not require corner placement. (La Scala history)

The fully horn-loaded, three-way La Scala was used early on by Arkansas gubernatorial candidate Winthrop Rockefeller and now has fans like Lord of the Rings star Elijah Wood who fulfilled the prophecy of a now famous Klipsch t-shirt. 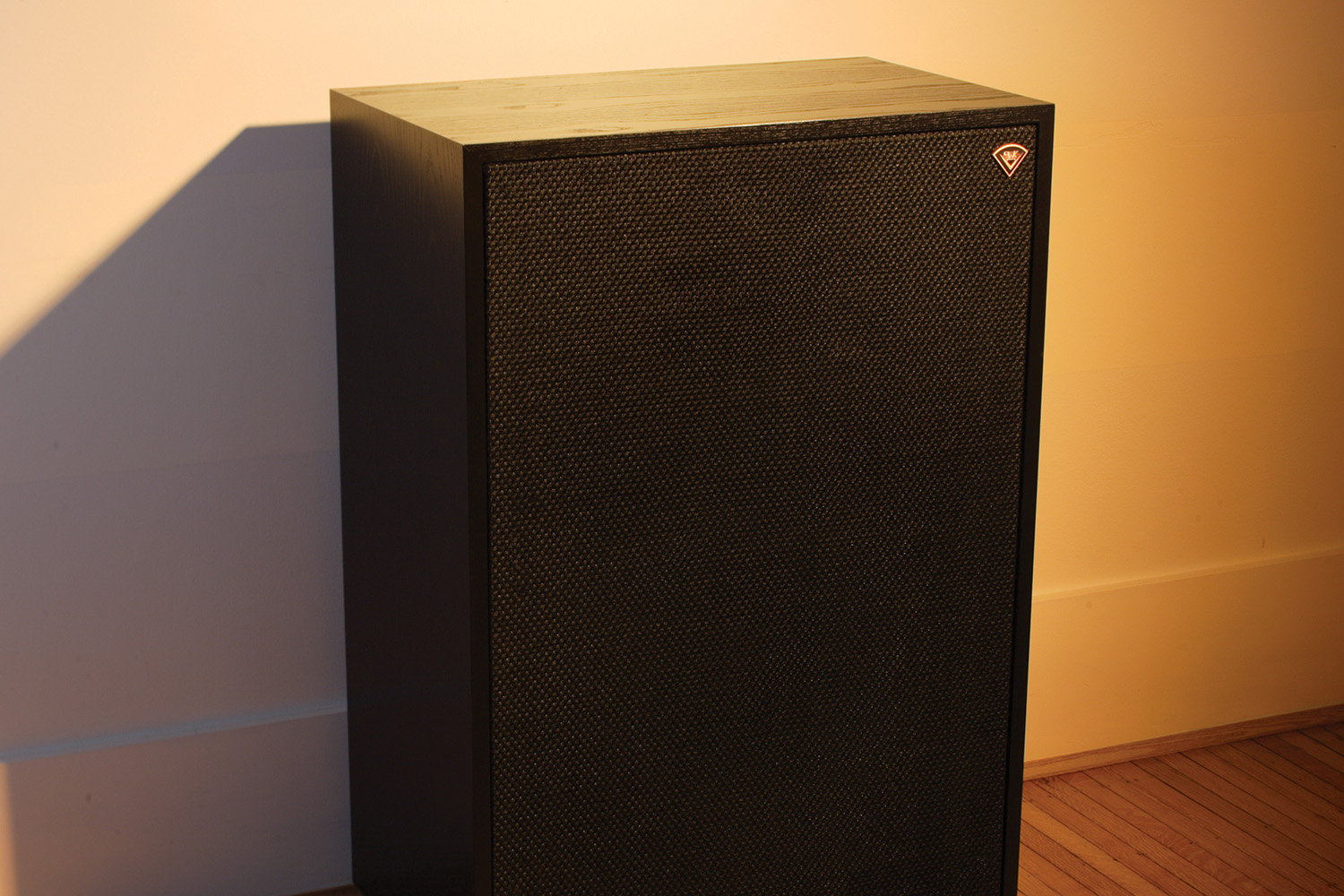 Simply put, the Cornwall is the Heresy’s “big brother.” Introduced in 1959, the Cornwall was designed to serve as a bigger and more powerful version of the Heresy as (ideally) a center channel for a pair of Klipschorns. (Cornwall history)

Over the years, the Cornwall has developed its own dedicated following who can’t get enough of its three-way design and direct-radiating 15-inch woofer. Klipsch briefly discontinued the Cornwall in 1990 but quickly changed its mind after an outcry from customers that included a written petition. 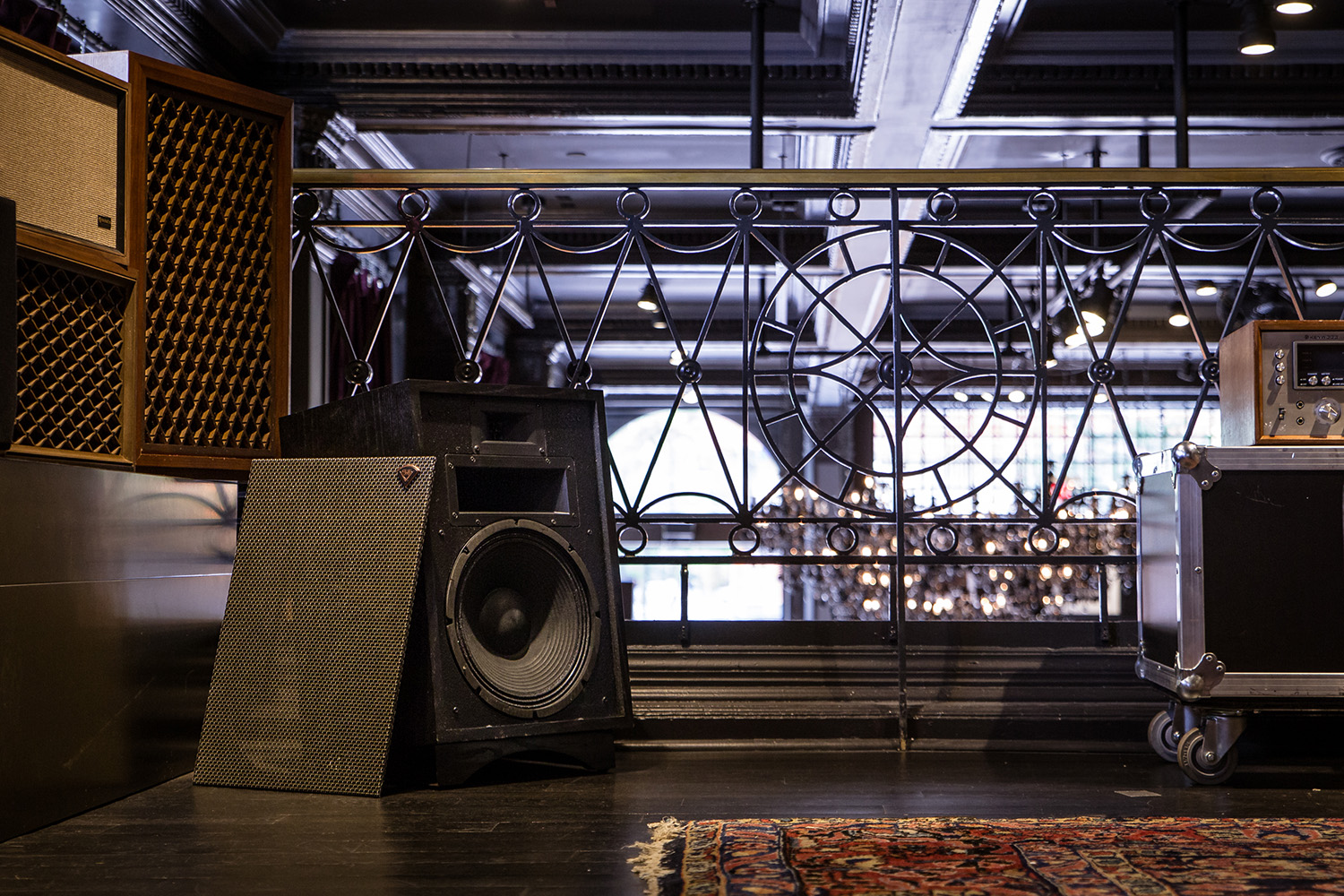 A Klipsch Heresy speaker at the flagship John Varvatos store in Detroit, MI.

The Klipsch Heresy speaker was introduced in 1957 as a center channel for a pair of Klipschorn speakers. As far as we know, it’s the first commercially-made center channel speaker. (Heresy History)

The Heresy now stands very much on it’s own. Steven Guttenberg calls the Heresy III “a rock’n’roller’s dream speaker” in Stereophile. A little Heresy is good for the soul. 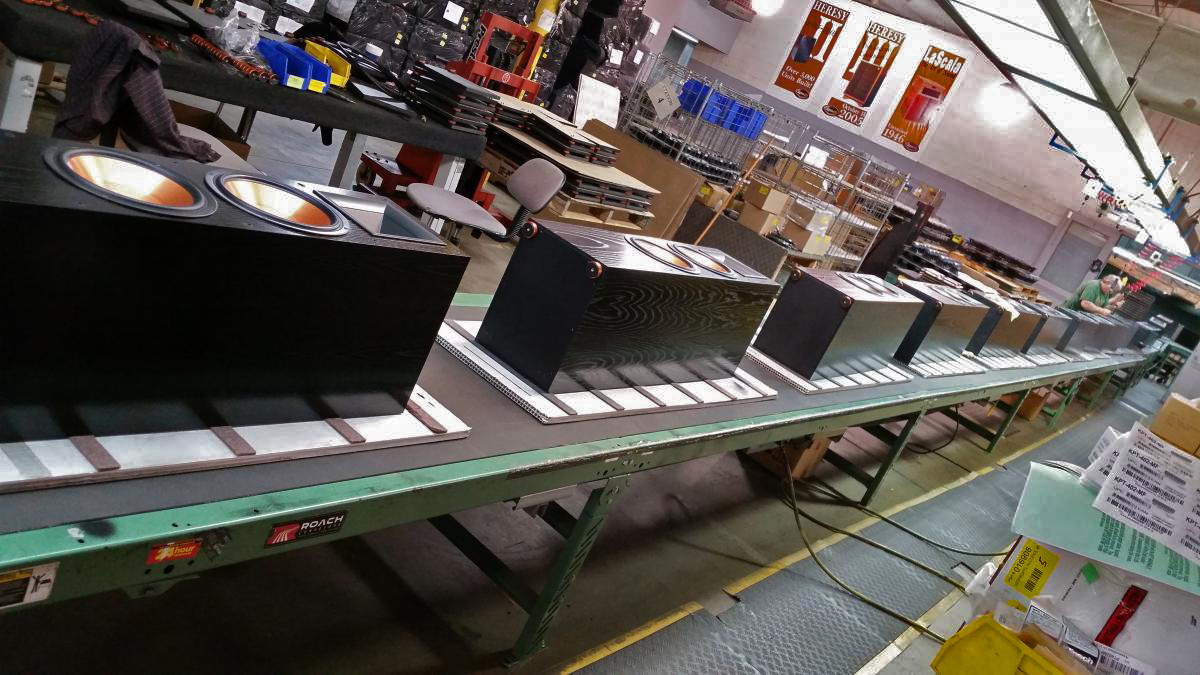 The RF-7 II is the flagship speaker in the popular Reference series lineup. It’s striking copper-and-black aesthetics and muscular performance make it many customers’ choice when building the ultimate home theater. 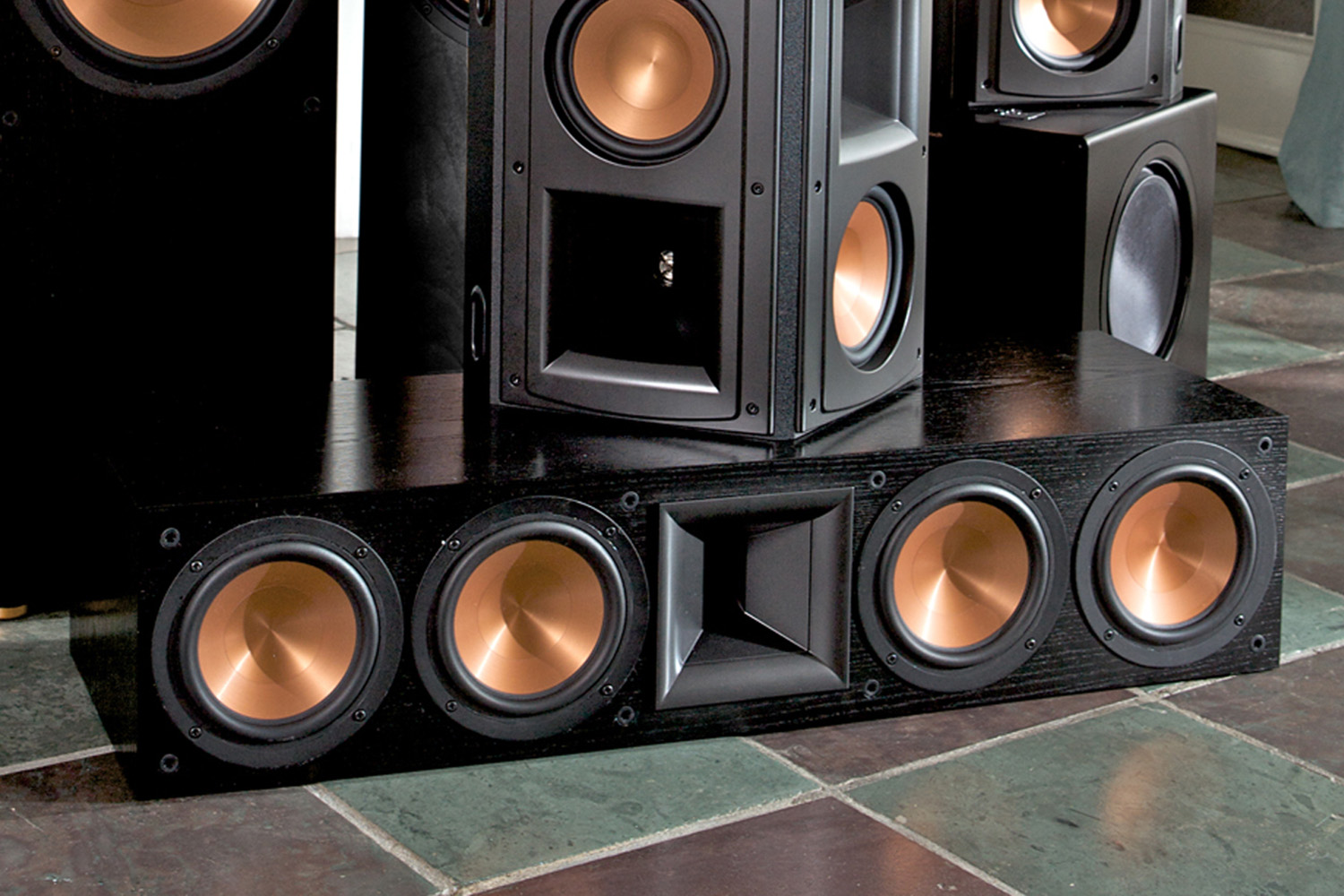 Great home theater systems need a proper center channel and few are better than the RC-64 II that is hand-assembled on the line in Hope. With four 6.5” Ceramatllic woofers, the RC-64 II is the most powerful center channel in the Reference series and the perfect compliment the RF-7 II floorstanding speakers. 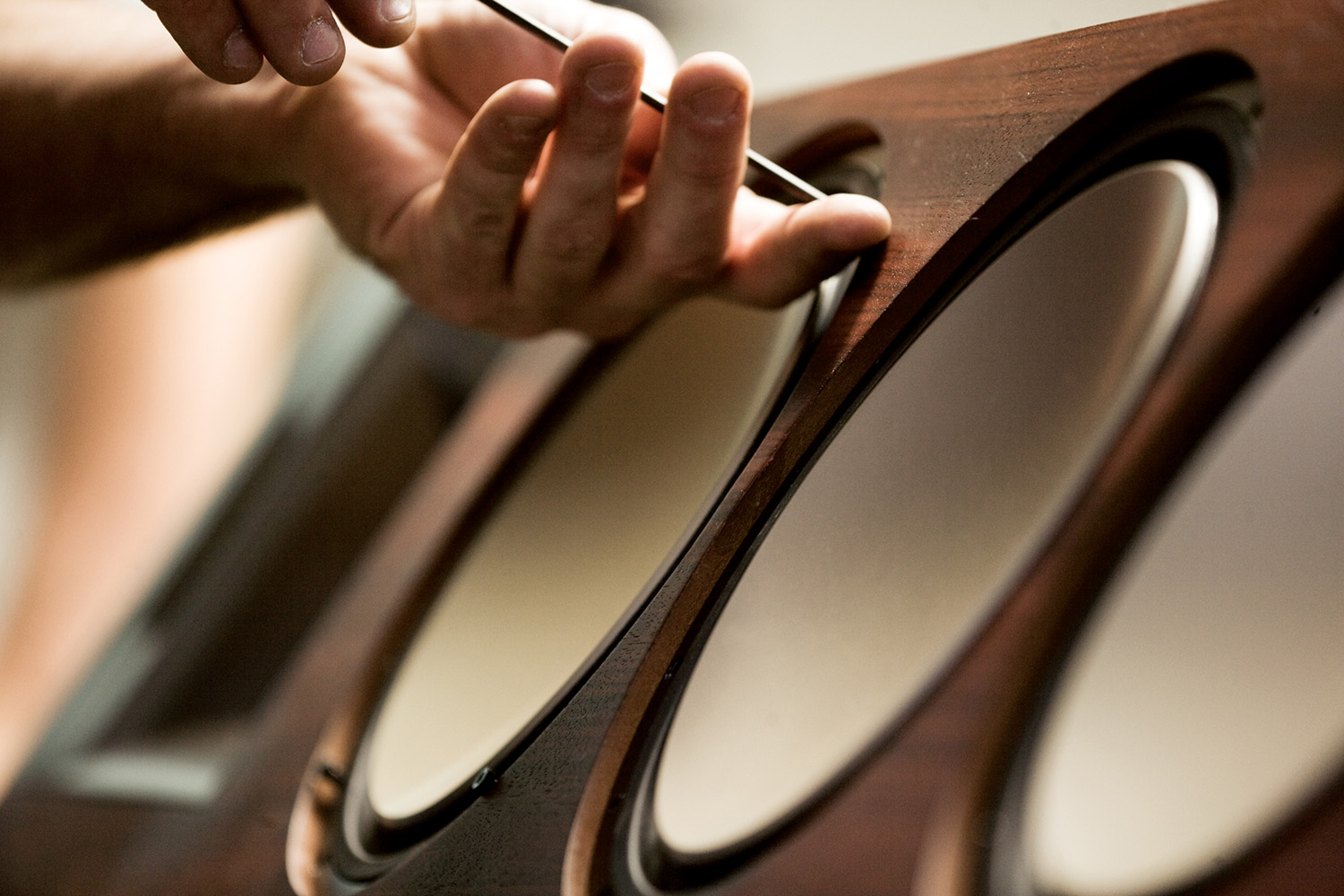 The Palladium Series was an industry-redefining project that began with a vision - not a budget. Every engineering detail was meticulously pored over to ensure that this speaker was a befitting flagship speaker for the Klipsch brand. We are extremely proud to assemble these breathtaking speakers right here in the heart of America. 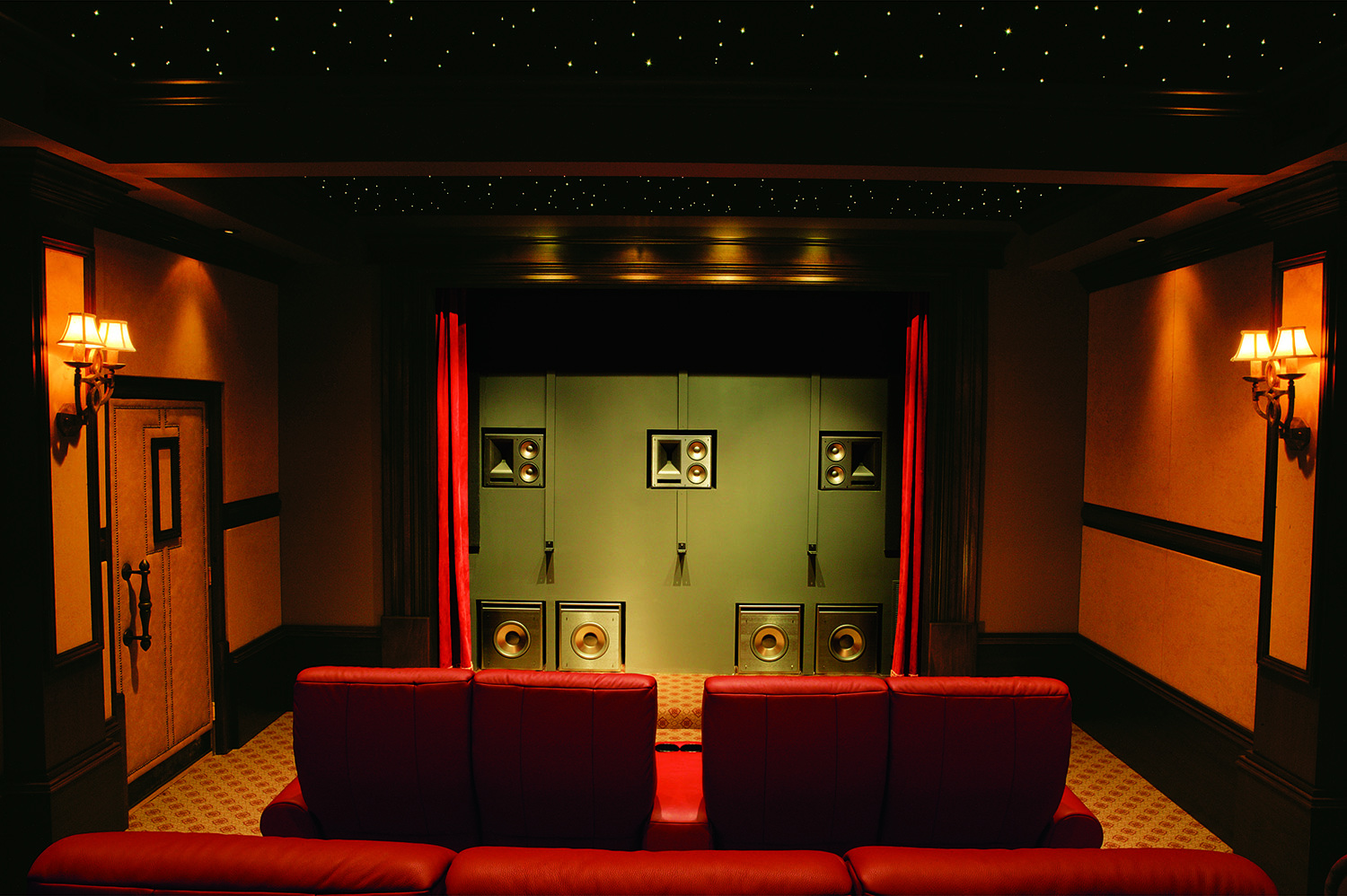 There is an American-designed-and-assembled option for the movie enthusiast who wants their speakers to have the highest THX certification....and it rocks. In fact, we believe that few professional theaters can match the stunning high-output, low-distortion sound that this system achieves. 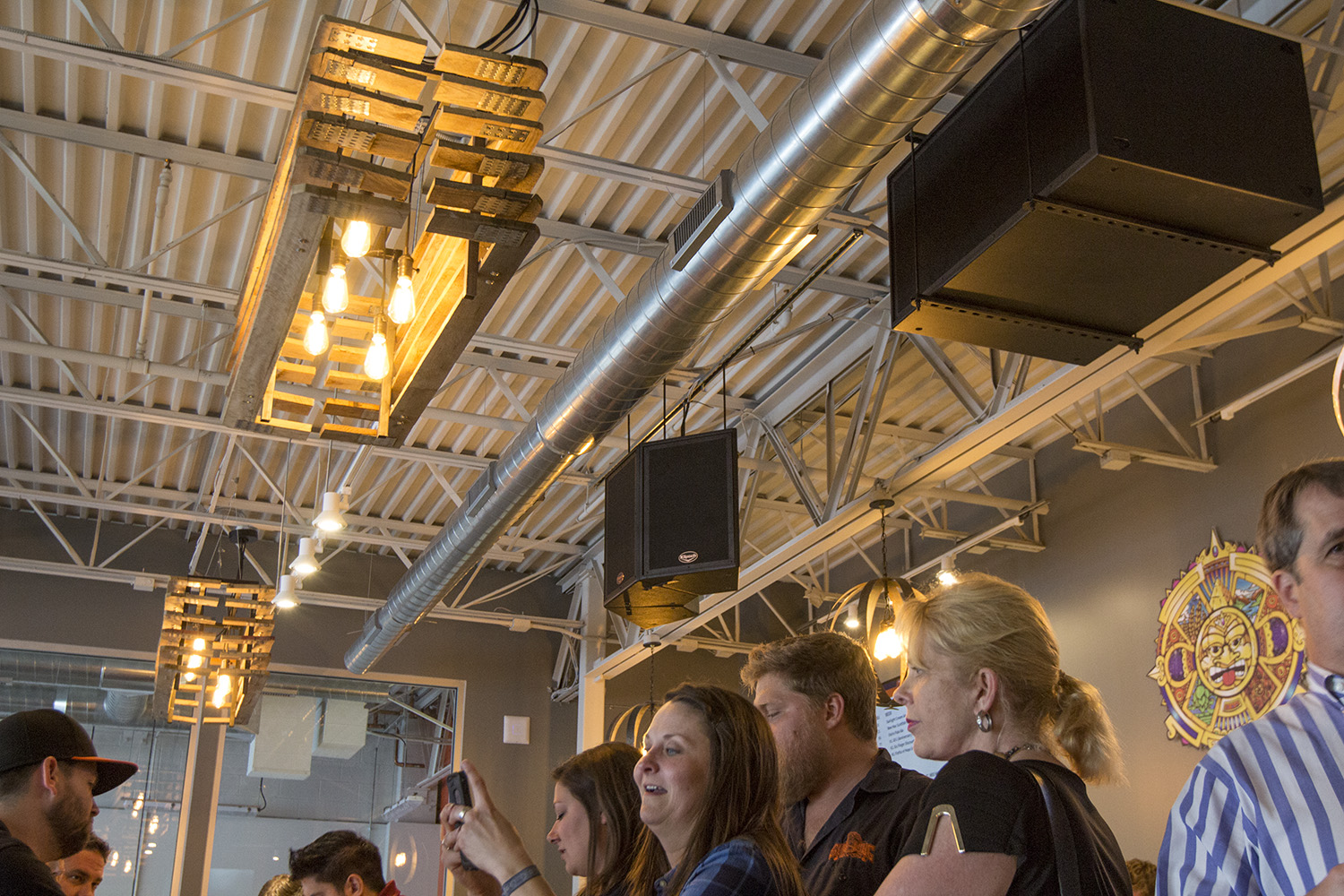 Klipsch Professional speakers in action at the Sun King Brewing Tap Room in Fishers, IN.

Many of the Klipsch Professional speakers that you find in movie theaters, race tracks, restaurants, etc are assembled in Hope, Arkansas alongside the Heritage Series. Building the speakers in Hope allows us to quickly ship products to businesses that match their specifications. 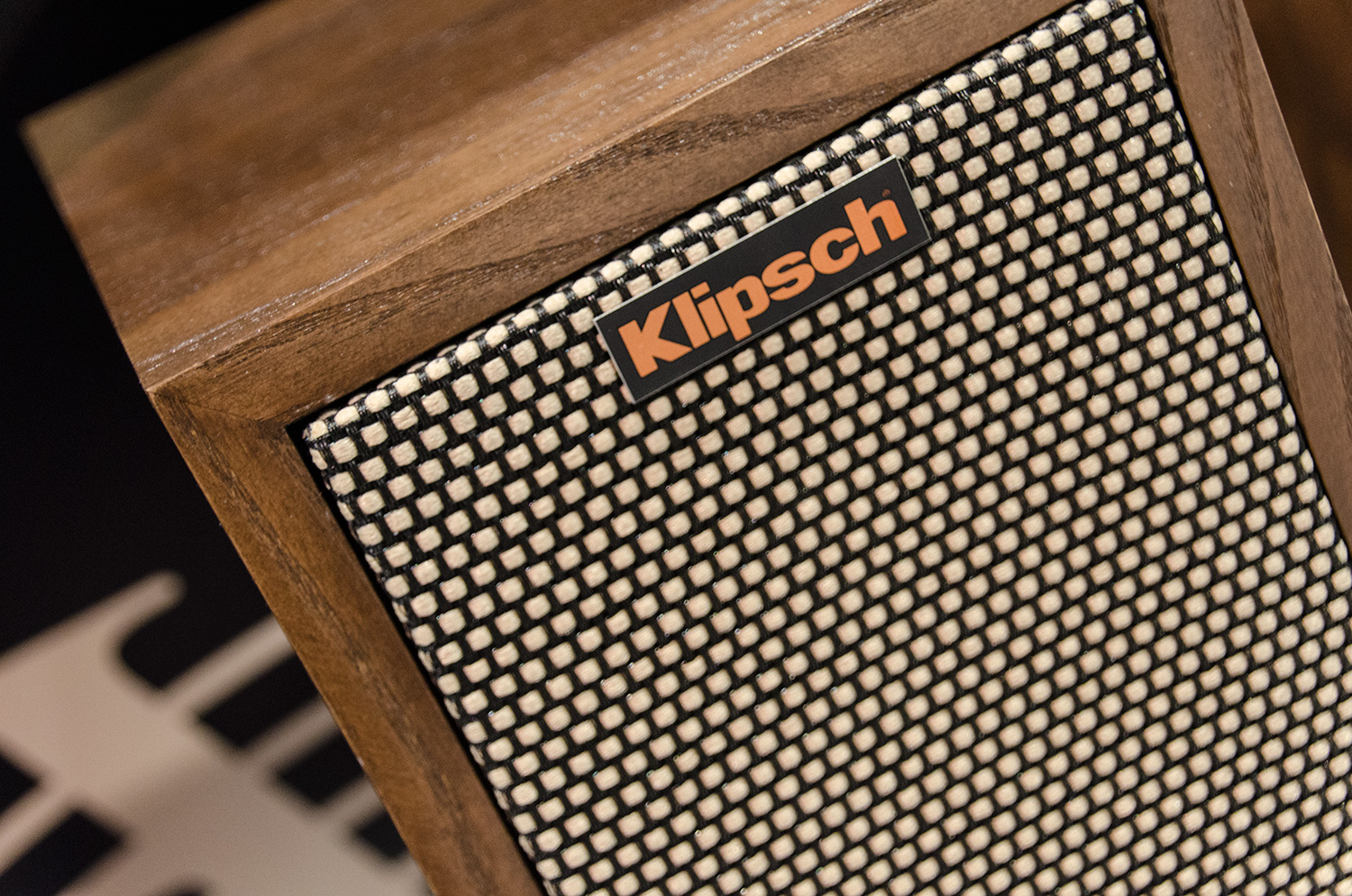 Klipsch is always examining opportunities to bring more manufacturing to Hope, Arkanas. At CES, we showed off a concept for wireless towers and bookshelf monitors that combined beautiful Hope cabinetry with the technology from a Klipsch Stadium.

Do you own a Klipsch speaker that was Designed & Assembled in the USA? Post your setup in the comments.

Categories: Made in America Speakers