A couple years ago, Jonathan was lucky enough to check out the powerful Klipsch KPT-904 cinema speakers in action at the house of his friend Ryan Hendrix.

The KPT-904 is an exceptional sounding midsize screen and stage speaker that excels at stadium seating. A Tractrix® Horn-loaded, 3-inch titanium compression driver coupled with a dual 15-inch woofer allows for excellent efficiency and dynamics.

To translate the marketing fluff: the KPT-904 is a kick-ass speaker that can fill up a whole lot of space like Jonathan's.

Jonathan told Ryan "to keep his ears and eyes peeled through his network of Klipsch heads." Ryan's dad, Bill Hendrix, happened to be an owner of the KPT-904s himself and also maintained long-standing friends with multiple Klipsch engineers. Thankfully, Bill had a friend who was interested in selling his speakers.

It wasn't for the stock KPT-904, though. It was for something more…twisted…monstrous…diabolical…a strange concoction of parts. 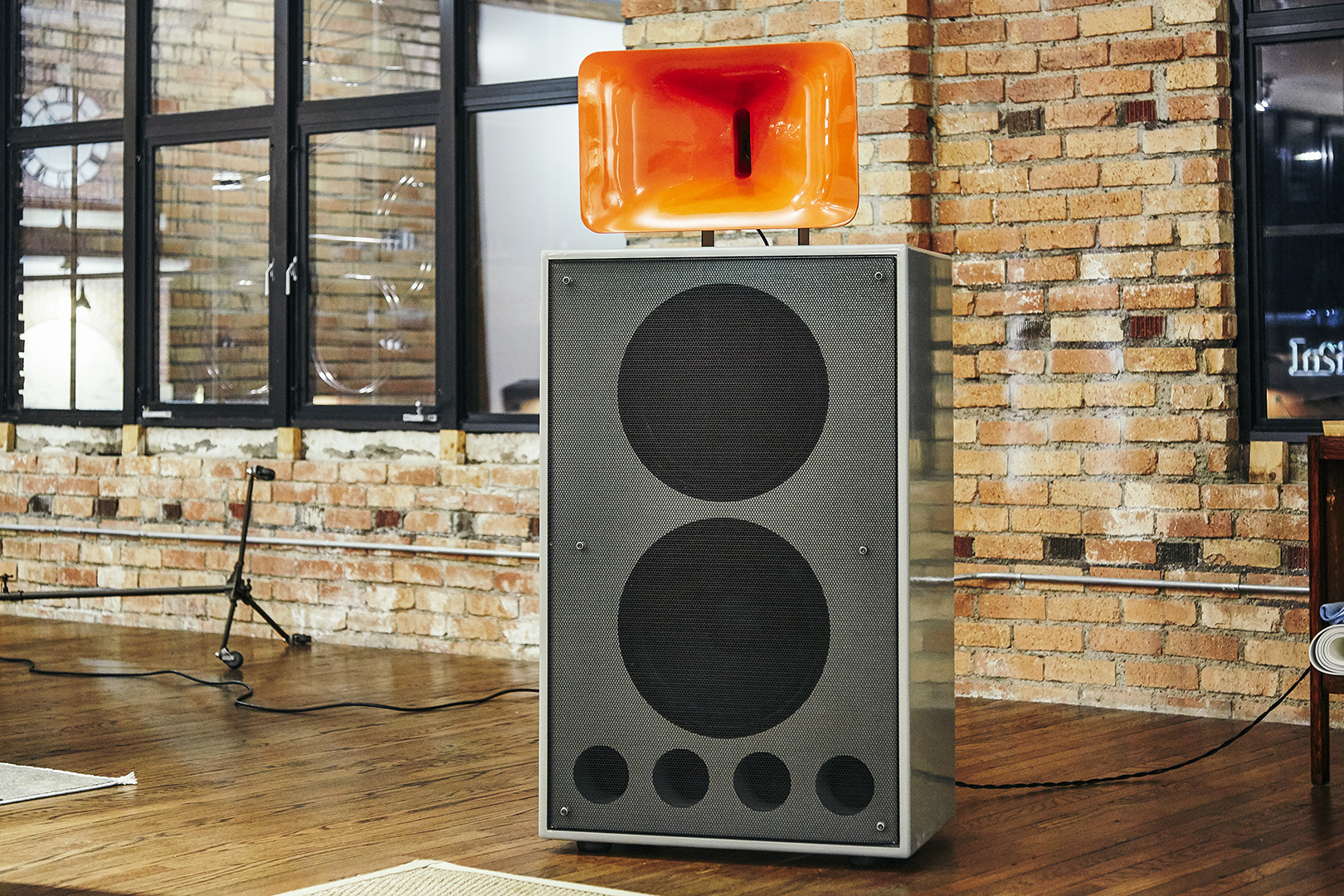 Jonathan snapped up this quasi-clone – a twisted creation – of the KPT-904. (PLEASE SEE DISCLAIMER BELOW.)

It all starts with the Klipsch KP-450 bass bin. To make it like the KPT-904, the previous owner added a B&C DE75 compression driver, using an EAW horn instead of the K-510. (Jonathan is looking to replace the EAW horn with a K-510 soon, though.) 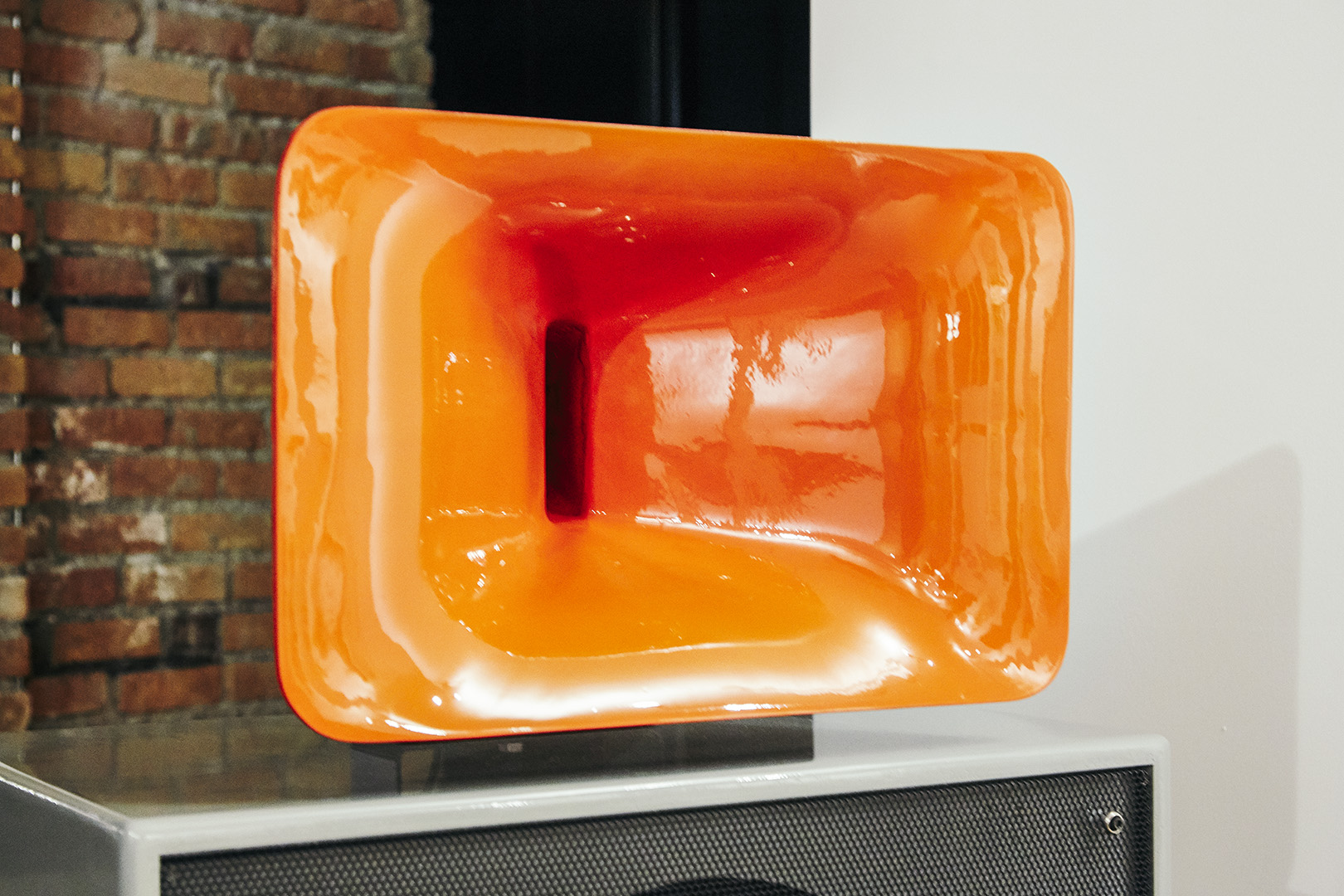 Jonathan asked Bob Crites to build new networks that followed the 904 schematic, but to pad the horn down by 3db since they are used for two-channel music instead of home theater or theater use where they would be behind the screen.

Adding to the Frankenstein-nature of these speakers, Jonathan decided to paint them. Luckily, one of his friends does custom paintwork, so he had them painted a medium warm grey on the bass bins and a gloss orange-red on the horn. 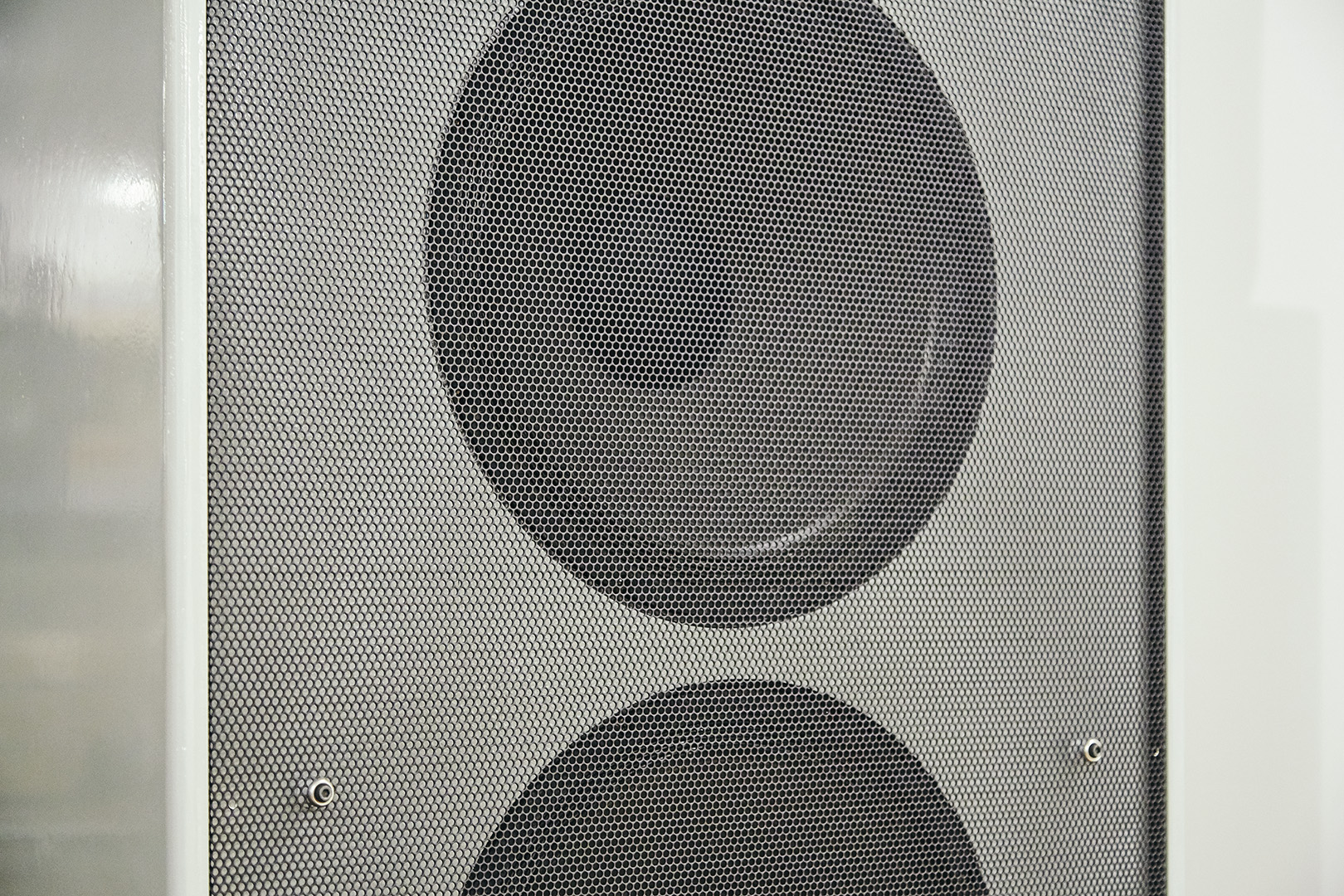 Jonathan also had the custom perforated steel grilles made for the Frankenstein speakers by another member of the Klipsch forum, completing their striking look.

The speakers are currently setup in a two-channel audio configuration. To power these monsters, Jonathan is currently running them through an Odyssey Kismet amplifier and Juicy Music Blueberry Xtreem 2 pre-amplifier. The amplifiers in the photos are the Parasound ZAmps running in bridged mono. His source is an “older” Denon DP-1250 with a Sumiko MMT tonearm and Ortofon 2M Blue cartridge.

How do they sound?

“They are excellent in my space for their intended purpose.” 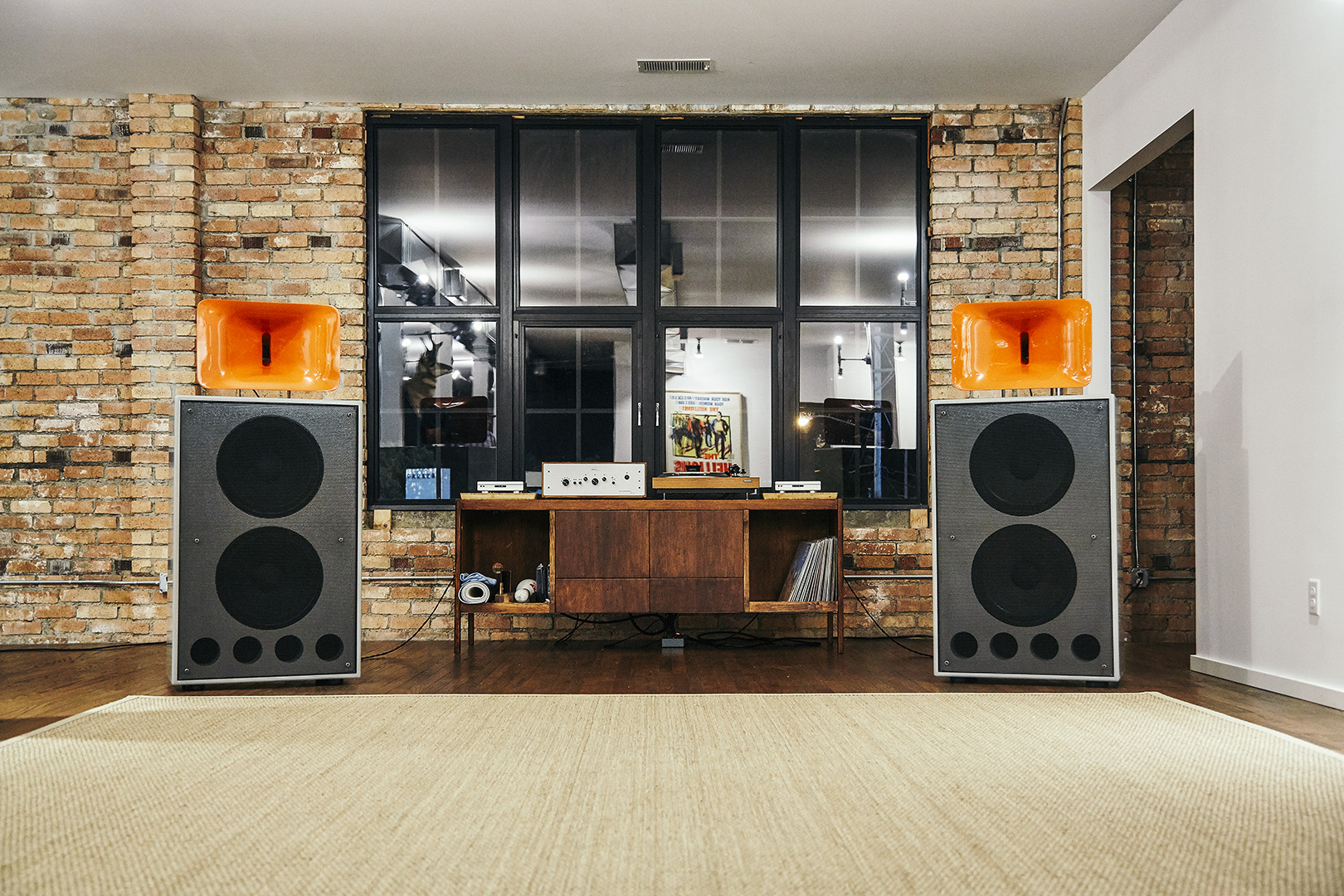 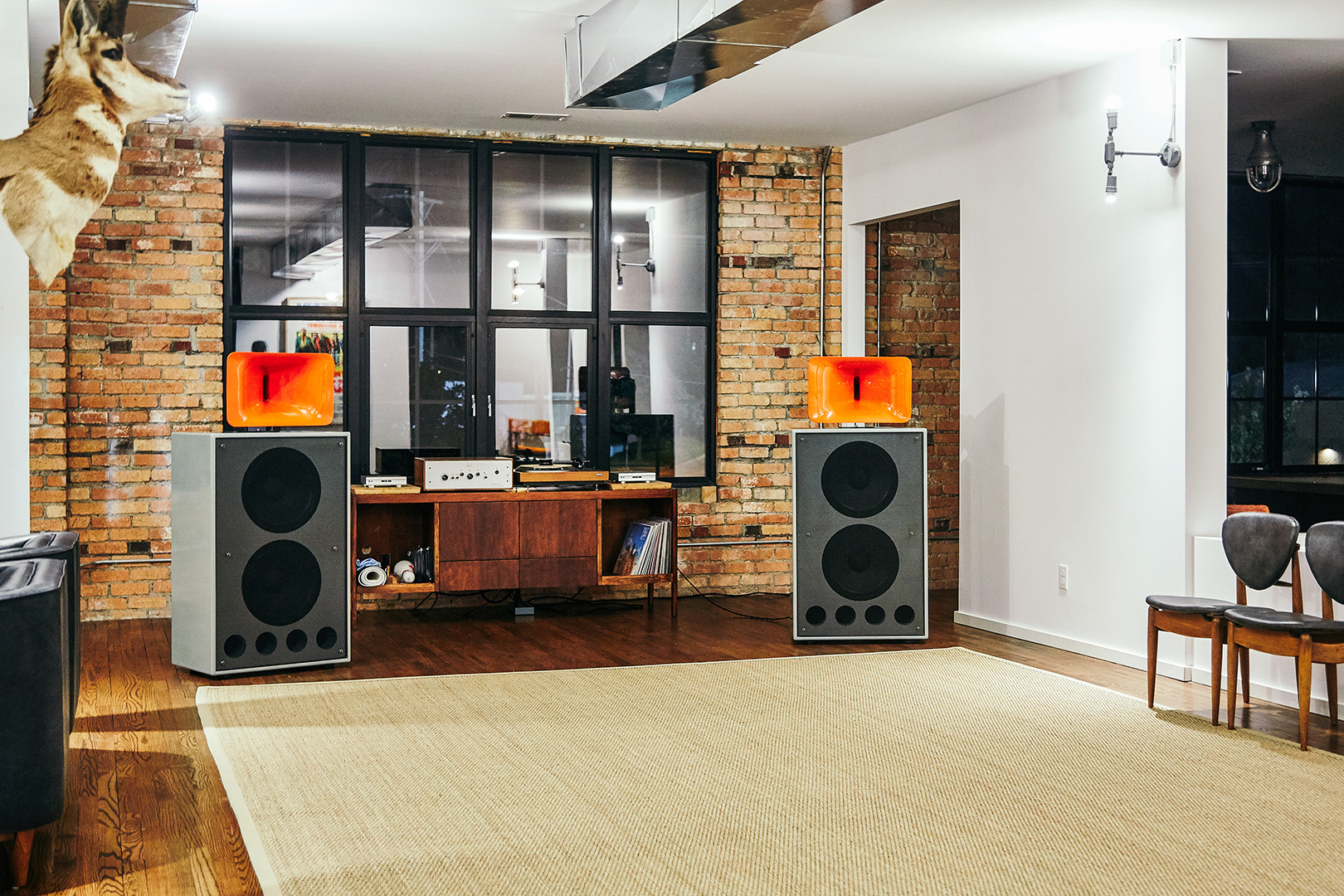 Do you know of any other Klipsch Frankenstein speakers? Let us know in the comments!

The above story is NOT an endorsement of the customization and modifications of Klipsch speakers. We do NOT recommend the methods above and these modifications will void you product’s warranty. The speakers that we ship to customers are what the engineers intended and are designed to be the best sounding speakers on Earth.