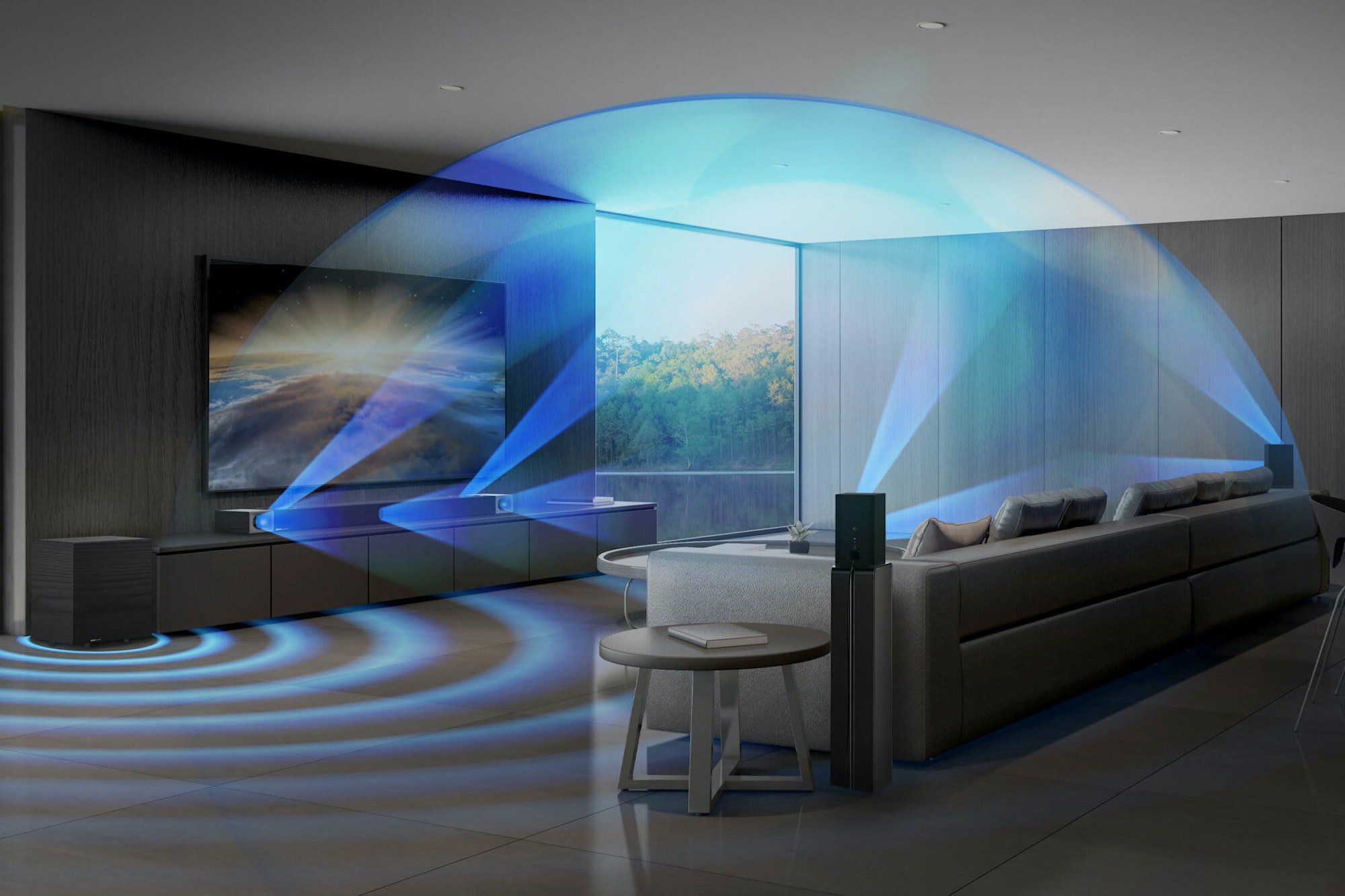 So, what does that mean? We’ll walk you through how the technology works and why you should get your hands on a Klipsch Cinema Dolby Atmos Sound Bar.

First, What Does “Built-In” Mean?

Senior Product Manager Mike Buratto says it starts in the reproduction of the sound from the speakers built into the sound bar. “The sound bar is decoding that information,” he says. “Meaning it’s receiving the encoded audio from the source and decoding it to send the right sounds to the right locations in the room.”

How Does the Cinema Series Compare to Klipsch Reference Series Speakers?

Buratto says the Cinema Sound Bars and the Reference Series share some commonalities. “Reference technology is built into these sound bars to have the same sonic performance,” he says, “We used the same driver design philosophy, the same horn design philosophy, anything that reproduces the sound is designed the same, even if the parts are slightly different. You get a sound bar that has a very similar soundscape to a Reference home theater system.”

How Is the Sound Bar Different from Home Theater Speakers?

“Passive speakers with the amplifier built into it would do the decoding,” Buratto says. “Previously you’d need an AV receiver to do the decoding and send it to the correct speaker. Sound bars act as an all-in-one proposition.

"Dolby Atmos decoding in sound bars is a fairly new technology, only coming onto the consumer market in the last couple of years. It’s meant to simplify the process of getting the immersive sound experience without having to plug a bunch of extra components in alongside the sound bar.

“Dolby Atmos waded into the receiver waters about five years ago,” Buratto says. “Their goal now is to bring that same premium 360-degree sound experience to the sound bar customer.”

Why Do I Need Surround Speakers Still?

Klipsch wireless Surround 3 speakers create real surround experiences for true 360 sound. “The sound bar reproduces the Dolby Atmos surround effects as though it is over your head and to the side of where you’re sitting,” Buratto says. “But adding wireless surrounds can help bring a more dynamic, realistic surround sound experience behind you and above you.”

Buratto recommends putting the Surround 3s about 3-6' away from the listener, positioned about 25° behind the listening position, facing the listeners, instead of aiming it at the TV. For optimal positioning, point them wherever you are sitting.