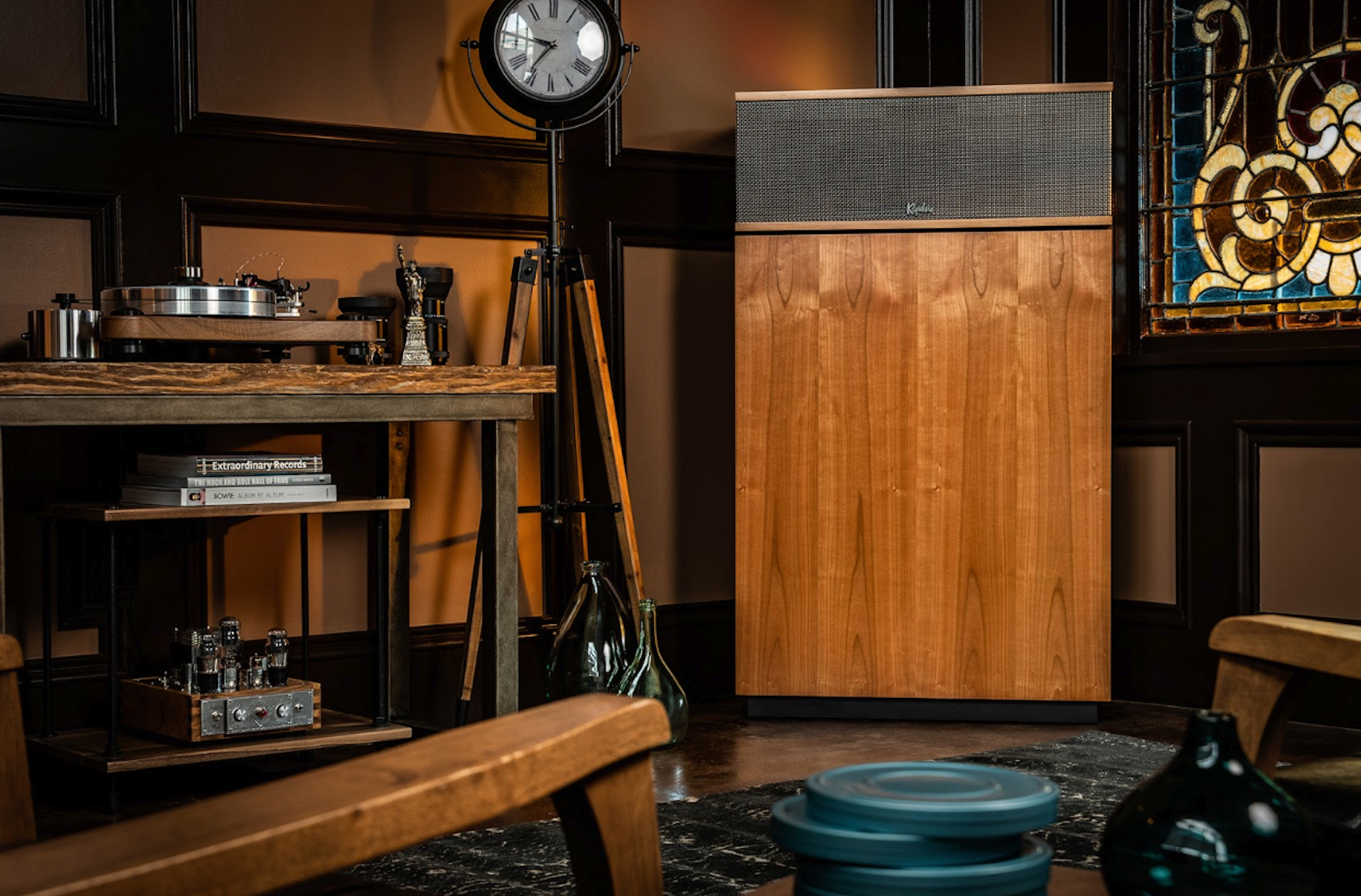 “The secret of the product quality wasn’t the fact that it was a corner horn speaker, but that it was, well, a high-quality product all the way through.” - Paul W. Klipsch

The words “Klipsch” and “horn speakers” are synonymous because we set the gold-standard for the best sounding, horn-loaded speakers in the industry.

Today, all of our speakers rely on some form of horn-loaded tech. The original Klipschorn speakers still have a big fan base among audiophiles, and we've kept improving the design since the first 12 units were produced in 1946.

We’ll now tell you the origin story of the modern-day horn speaker, how it evolved over time, and where it's heading in the 21st century.

Before the Klipschorn debuted, early horn speakers were used for radio broadcasts and phonographs, which amplified a metal needle's vibrations in a metal diaphragm. The diaphragm would create small pressure variations and boost the volume as sound traveled through the horn.

This was a crucial invention during the pre-electrical sound era, but it continued to be useful after speakers became electrical-powered. For our Founder, Paul W. Klipsch, the epiphany about horn speakers came when he was working with radio speakers in Chile in 1930.

It was there Klipsch compared his horn-shaped radio speaker with a friend’s cone speaker. He quickly realized the horn provided superior efficiency when compared to the cone.

Then, in 1933, a Stanford colleague suggested speakers sound better in a corner. PWK took that advice to heart. In May of 1942, PWK built his first successful horn-loaded corner woofer prototype in his garage. Did we mention he got a patent for it in 1945?

How Do They Work?

First of all, they're more efficient than your average cone speaker, because the horn amplifies the sound while only requiring a fraction of the power. The horn delivery system also produces a sound that you can feel as much as you can hear. Whether you're using Klipschorn speakers in a large theater or an audiophile’s den, you can produce incredible sound with minimal wattage. Implemented correctly, horns can reduce audible distortion through improved efficiency (Klipsch’s law). They can also direct the audio right to the listener (controlled directivity) – without wasting energy spraying sound around the rest of the room. All of this leads to a better sound experience.

Here's a quick rundown of how our horn-loaded speakers have evolved since we changed the game back in 1946:

The Future of Horn Speakers

Whether you're watching a movie with the Reference Premiere Series or slaying dragons with Promedia 2.1 Computer Speakers, you can enjoy true audiophile sound with our proprietary horn-loaded technology. It's kind of our thing.

“My theories on audio and audio reproduction will be proven wrong only when the laws of physics change.” - Paul W. Klipsch