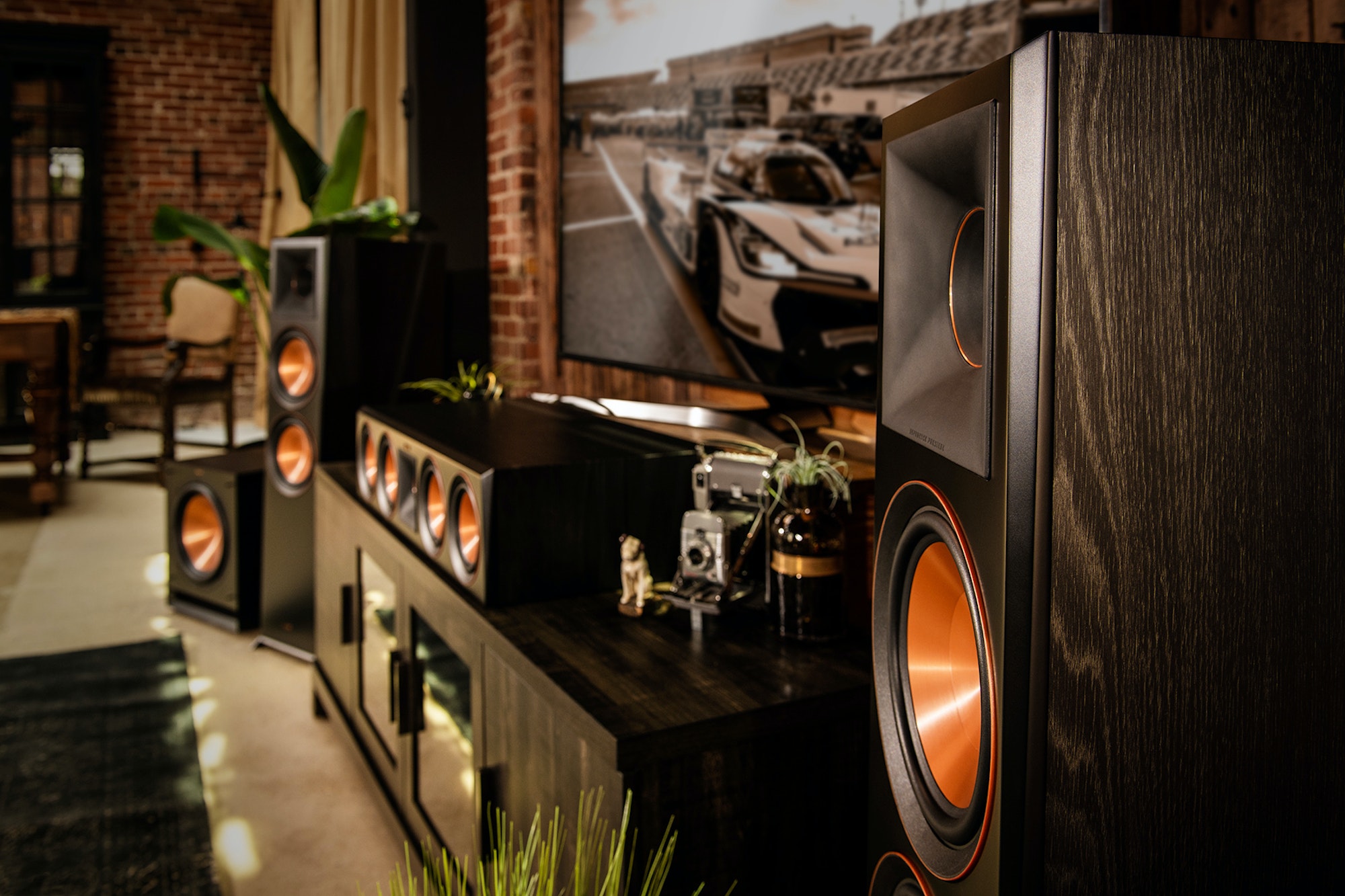 How To: Find the Right Floorstanding Speaker

If you are truly serious about having a killer home theater system, floorstanding speakers are a necessity. Sometimes referred to as tower speakers, they deliver an unmatched full sound.

The choices may seem overwhelming at first. Arming yourself with some knowledge beforehand can save a lot of time and headaches, and prevent you from winding up with a set of speakers that don’t suit your needs or are just too big for your space.

It’s important to choose the right speakers for several reasons. First, speakers are an investment you will likely have to live with for years to come. Second, they are possibly the most important part of your sound system. A great receiver paired with a subpar set of speakers likely won’t be able to produce satisfactory sound quality. So, where is the best place to start?

What's Inside a Floorstanding Speaker?

Let’s take a look at what makes up a floorstanding speaker. First, they are the largest type of standard speakers found in your home. They’re typically at least 3 to 4 feet tall with a footprint of at least 1 square foot, although they can be much larger. And they contain several drivers, which produce sound through vibration, to allow for a wide range of sound. How many and what type of drivers vary from model to model.

The human ear can perceive sounds ranging from 20 to 20,000 Hz. A given driver’s size depends partly on what its range is. Higher ranges have shorter soundwaves, so their drivers can be smaller. Conversely, lower frequencies have longer soundwaves, requiring larger drivers. The different types of drivers are:

What Are the Most Common Floorstanding Speaker Specs?

Frequency response - Measured in Herz (Hz), this is the frequency range that the speaker is able to produce.

Impedance - Measured in ohms, impedance measures current resistance impacting what load the speaker can handle coming from the amplifier. The actual amount of current is usually in a state of constant flux, but speakers are usually given a single nominal rating for ease of comparison. Common impedance values are 4, 8, and 16 ohms. It’s important to match the speaker’s impedance to that of your amp; mismatches can result in sound problems or damage to your equipment.

Sensitivity - Measures how efficiently the speaker converts power into sound. It’s measured in decibels (dB) and is usually measured by loading the drivers with 1 watt of power and measuring how loud the sound is that is produced. The lower the rating the less is its efficiency, and just a few decibels difference can have a big impact. For every three decibels in a sensitivity rating, you cut the amount of power required in half.

Do You Need a Subwoofer with Floorstanding Speakers?

Ready to buy a subwoofer? Read this first.

That's a question you need to ask yourself based on your needs and budget. Before going forward with a set of floorstanding speakers, it’s a good idea to make sure that they are the right type of speaker for your needs. The main alternative to tower speakers is bookshelf speakers. As their name suggests, bookshelf speakers are smaller than their floorstanding counterparts. However, an actual bookshelf may not be the best place for a pair because the shelves will absorb a great deal of the sound produced, lessening their efficiency. The recommended setup for bookshelf speakers is to put them on specialized stands if you have room.

HOW TO FIND THE BEST BOOKSHELF SPEAKERS>

Bookshelf speakers are more favorable for stereos in places like a bedroom or study, where they take up less space and the sound is more likely to be played at lower volumes. They also tend to suffer less from cabinet resonance, which is what happens when the drivers vibrate the speakers’ cabinets and distort the sound—well-designed floorstanding speakers, like the ones Klipsch creates, don’t have this problem. For some people, the decision comes down to cost, since speakers of the bookshelf variety are almost always less expensive than floorstanding speakers.

In the end, you want the most bang for your buck to enjoy your favorite music and movies with precision while you destress.