Klipsch fans come from all over the world. This time, we are talking to Frank van Kasteren, who resides in the small town of Wijk en Aalburg in the Netherlands.

Of course, even in the Netherlands, dedicated Klipsch customers like van Kasteren are prone to creating crazy, yet awesome, DIY speakers using Klipsch speakers.

Van Kasteren is “a huge fan of Klipsch horn loudspeakers.” About a year ago, he purchased a pair of heavily used (“loved”) La Scala Industrial speakers from 1993, which required restoration.

The Dutchman replaced the speakers’ non-original woofers with two originally K-33 woofers that he procured in an online auction. Keep in mind that van Kasteren had to ship these woofers from New York all the way to the Netherlands – not cheap by any stretch of the imagination.

“It was worth it” and he happily posted a bunch of photos of the successful restoration on the Klipsch Forums.

Van Kasteren’s La Scala Industrial speakers were bi-amped with two Bryston 3B poweramps + a dbx active crossover before he decided to turn these La Scalas into something a little more potent.

While he loved the way the La Scalas sounded, he was looking for more low-end. He considered adding a subwoofer, but the direct radiating subwoofers weren’t exactly to his liking. His next idea was to go with the Klipschorn to hit those lower frequencies, but he settled on something entirely different.

Van Kasteren procured a Jubilee KPT-535 to serve as the low-end provider for his La Scala Industrial speakers. This combination has actually developed a cult following on the Klipsch Forums thanks to its incredible performance throughout its full range of sound.

These DIY speakers are lovingly dubbed the JubScala, a combination of the big K-402/K69 horn/driver from the Jubilee + the LF-section from the La Scala.

“Bass from a Jubilee is very deep, tight and powerful. I love it!” van Kasteren said.

One of the first changes van Kasteren made was to change out the dbx active crossover for an Electro Voice DX38 active crossover, based on what he had seen from Klipsch engineer Roy Delgado. The subwoofer’s amplifier is a 400 Watt DS4.0 digital plate-amp made by the Dutch company Hypex.

Van Kasteren was kind enough to share his entire setup in detail below the photos, but we must post a warning to everyone before they consider DIY speakers utilizing Klipsch components. While we love these DIY speakers from Klipsch fans, it should be noted that projects like this violate the warranty of the products. 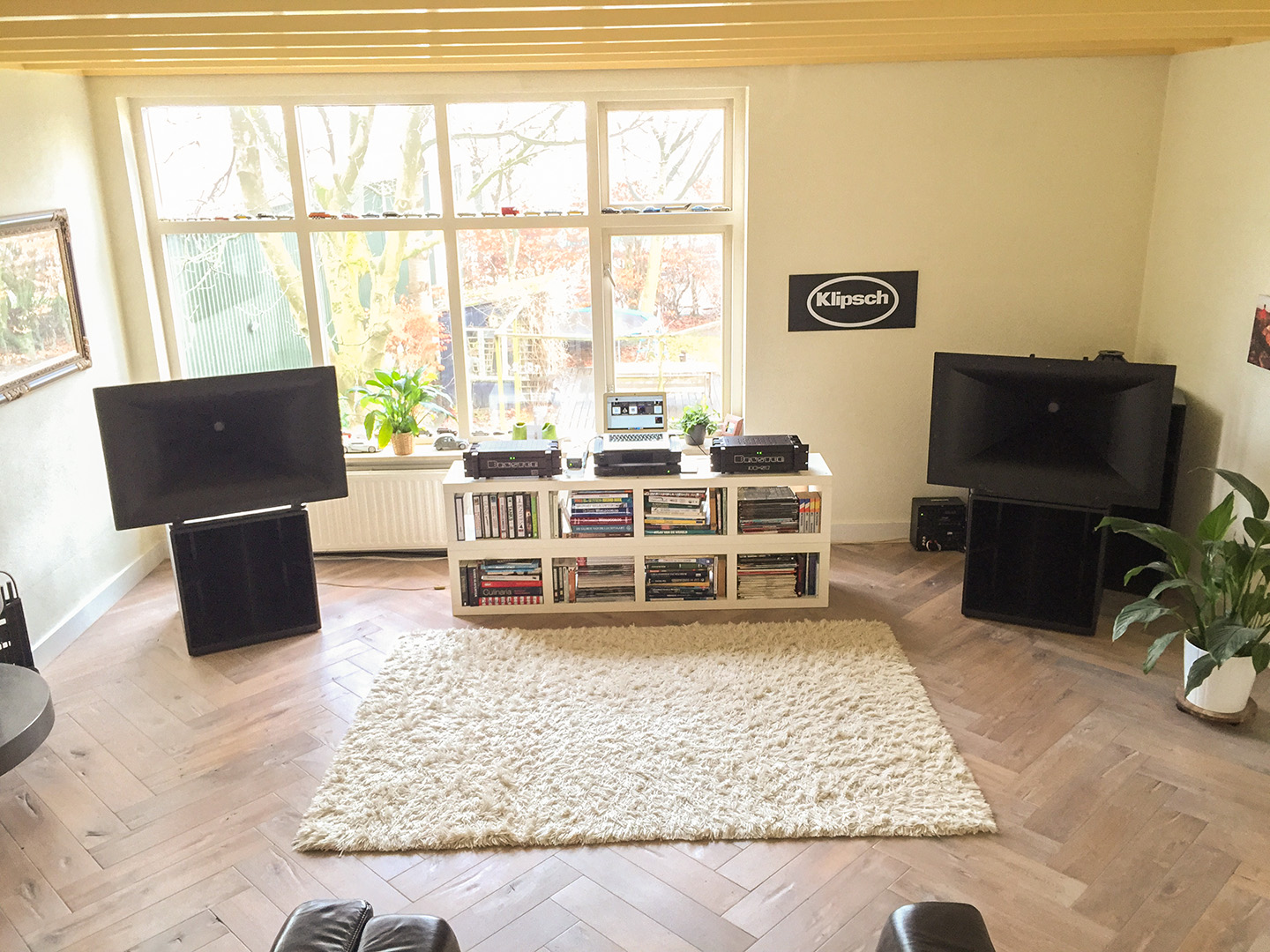 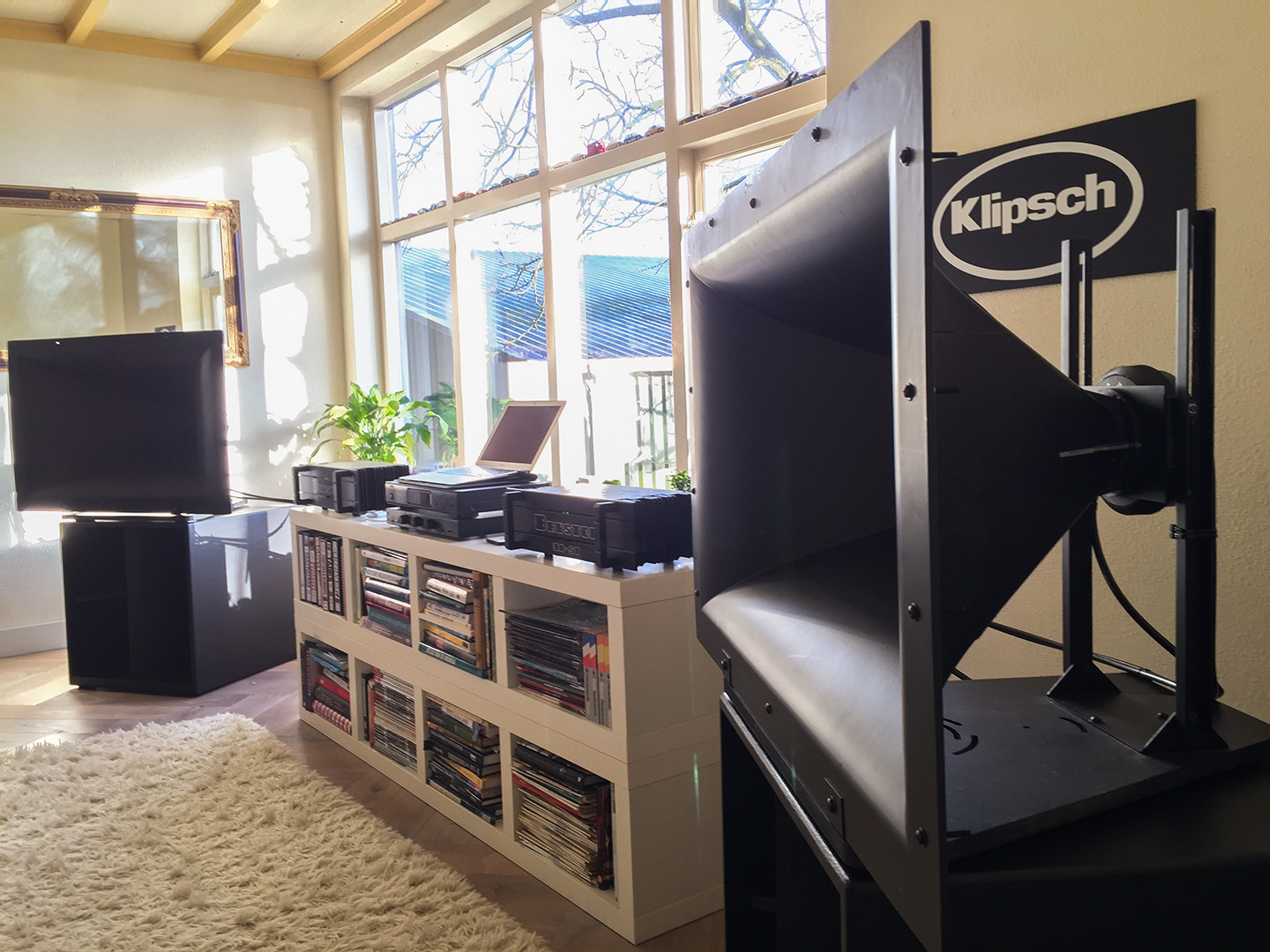 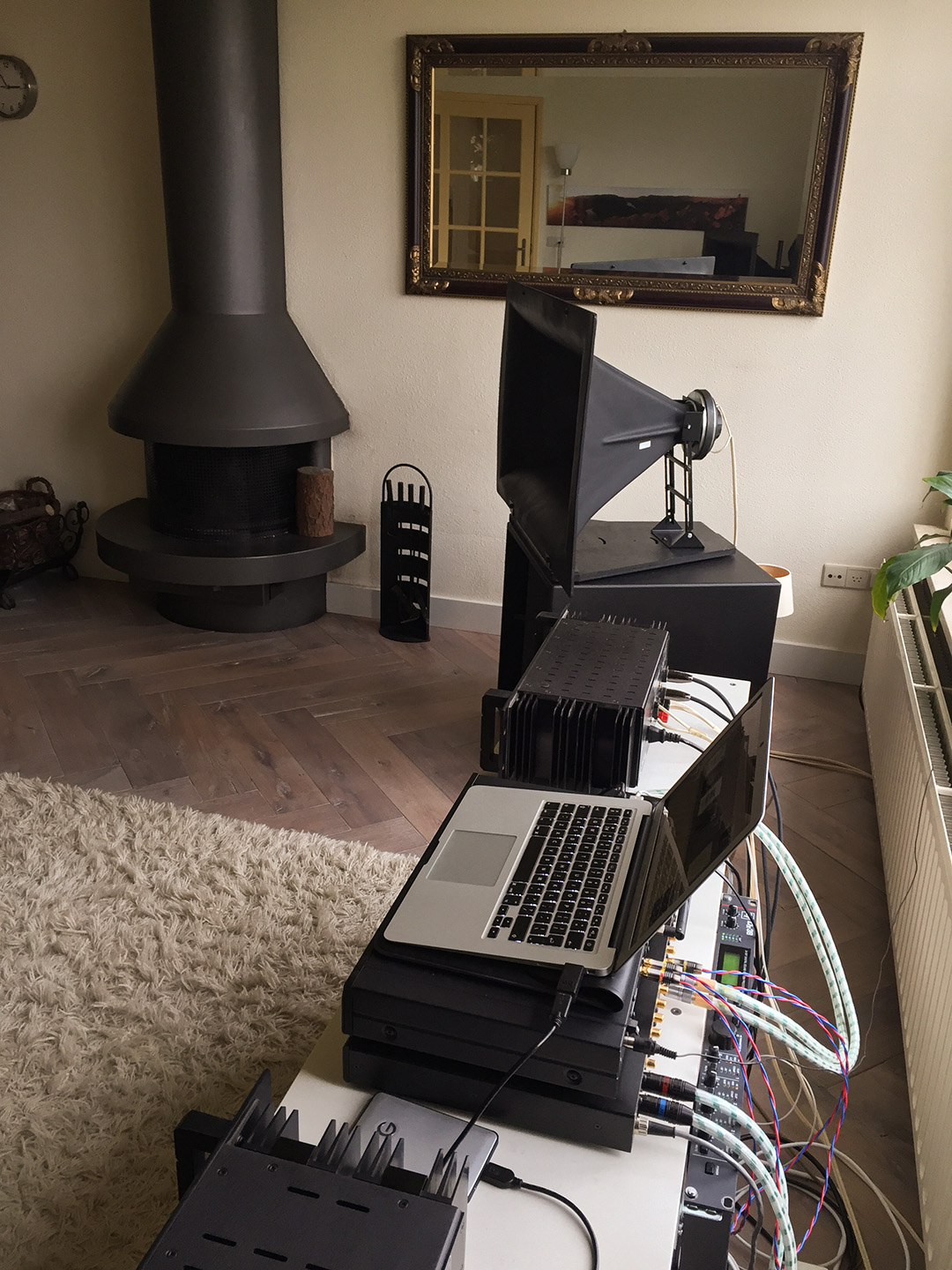 What do you think of the JubScala? Have you heard one of these near-mythical DIY speakers before? Post in the comments below!