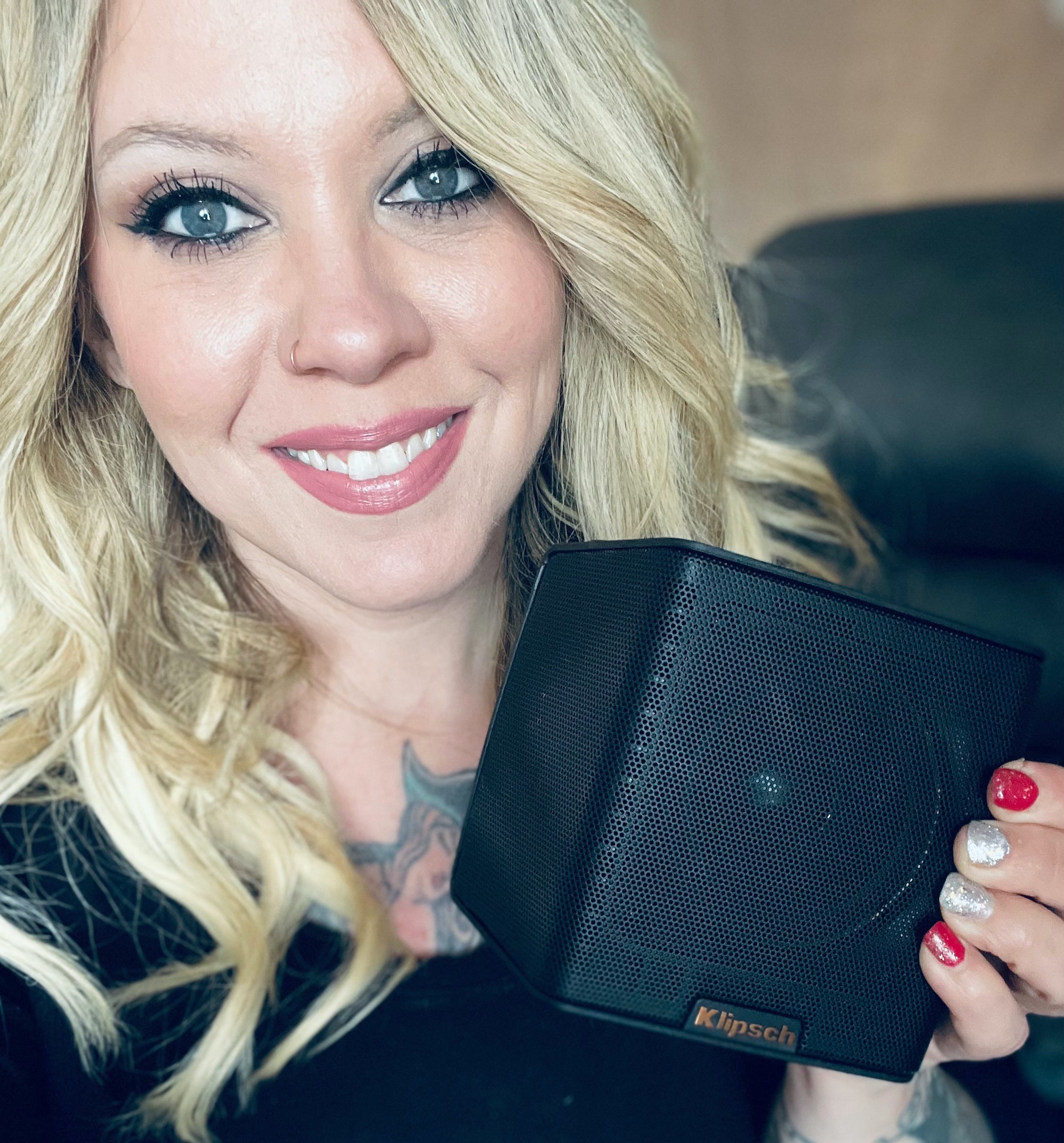 What is the "Klipsch Corner?"

Klipsch is known for its corner, horn-loaded Klipschorn speakers. So, what better title to give our new guest blogger series than the “Klipsch Corner?” We’ll be handing the reins of the blog over to folks from all walks of life to talk about a common theme: their passion for music and how Klipsch speakers and headphones make it sound better.

Krissy Vanderwoude is a northwest Indiana resident and her passion for music is unparalleled. The lead singer of two up-and-coming shoegaze/dreampop bands, she also hosts a radio show with a growing fan base, is a professional makeup artist, and is a recent Klipsch convert. We asked her to put pen to paper and share her thoughts on the role music plays in her life and how Klipsch earphones have amped up how she experiences songs.

As Krissy listens to music on her Klipsch portable wireless Groove speaker, she describes how it sounds and feels.

I have absolutely been loving my earphones and speaker. I am constantly listening to music, so I have many options to make a comparison.

I was not sure what to expect from Klipsch, but I can say that I definitely love everything about both of these products. The comfort of the earphones, as well as the clarity of the sound and noise-canceling features, are amazing. In my opinion, these actually feel even more comfortable than my AirPod pros did with the way they sit in the ear. As for the sound of both the speaker and the earphones, I really like the balance of the treble and bass, where one is not overpowering the other. There is a nice, crisp clarity to the music and nothing sounds muddy. Not too much high-end or too much bass. Since I have received these, they are the only two devices I have used to listen to music daily!

EXPERIENCE T5 II EARPHONES FOR YOURSELF>

Over the years, music has been like a true lifeline for me. It is my comfort zone, my escape from reality, my place to daydream and feel most inspired, and my favorite outlet to plug my emotions into.

“Music is the air I breathe.”

My taste in music is pretty expansive, so regardless of the mood that I am in, there’s always music there to support it. That being said, there are not many hours in the day where you will find me not connecting to music in some way, whether that is listening to music others have made on my amazing Klipsch earphones or being a part of creating it myself.

The majority of my most treasured friendships and relationships have been formed over a mutual love of music and my most special memories are also attached to music in some way.

There’s nothing like the magic of a song to forever preserve specific memories and instantly send me spinning into a trip down memory lane whenever I listen to it again. I also love that music is a truly universal language that can speak to the hearts of many and connect people together from all over the world.

As I was growing up, and in my adult years, my social life has always revolved around music. Whether it was hitting the local record stores in search of the next new treasure, hanging out at band practices, drum circles around a campfire, or packing a group of friends into my car and heading up to Chicago to see live music, it's always been at the center of the things I enjoy doing most.

I am currently the vocalist for two shoegaze/dream pop bands, whose sound may appeal to fans of Slowdive, Cocteau Twins, The Cure, and Lush.

The first band is called Whimsical. Although we were once a five-piece band, playing live all over the Chicagoland area, we are now a duo composed of myself and one of my best friends from high school, Neil Burkdoll.

He lives in Florida and I'm still in Indiana, where we grew up together. Because of that distance, we now collaborate virtually, writing and recording using the beauty of technology and the ease of file sharing and we do everything in our own home studios.

We have been making music together for more than 20 years and are now preparing to release our fourth full-length album called "Melt" on April 1.

The second project that I am a part of is called The Churchhill Garden and we are a transoceanic duo, consisting of myself and Andy Jossi, who is a brilliant songwriter out of Switzerland.

Andy and I have been working on music together since 2016. Although we are literally across the world from one another, it's been so amazing to collaborate and pour our hearts together into these songs. So far, we have released a double vinyl record (also available on CD and digital download) called "Heart and Soul" in 2020. We tend to put out a new single about every three months. Our next track, "Rearview Mirror," is out on March 18, with a corresponding video that will premiere on DKFM Shoegaze Radio.

Although I have also collaborated with many other musicians and bands as a guest vocalist, these two bands are my home and where I am actively writing and recording for both projects regularly.

I also host a bi-weekly radio show on DKFM Shoegaze Radio. This station has been one of my favorite sources for new music for many years, so it's truly an honor to be a part of the DKFM family now with my own show. The show is called "Drowned in a Sea of Sound" and it airs every other Wednesday at DKFM will now be 10 PM Central/8 PM Pacific. It sounds even better on the Klipsch Groove Portable speaker.

Putting together these shows feels like an equivalent of when I would make mixtapes or CDs for my favorite people and speak to them through music.

I really love music SO much and appreciate you giving me this opportunity to share a little more about my passion for it.

START YOUR OWN MUSICAL JOURNEY WITH KLIPSCH>