Dads That Rock: Klipsch Fortes in the Family

It is no great surprise that many of our life-long obsessions with music and great audio began with our fathers. The blog series “Dads That Rock” is an on-going Father’s Day tribute to these great men who helped inspire our passions. Matt Milligan submitted the story below with minimal edits by the Klipsch editorial staff.

Back in 1985 or 1986 during his junior year at the Naval Academy my dad he went around to many high-end audio stores in the Washington DC area and tested multiple speakers before deciding on Klipsch. He specifically remembers using the Star Wars theme track album to test the speakers. He said the sound and physical appeal (wood cabinets) of the speakers were both "phenomenal.”

He knew the Klipsch Forte speakers were horn loaded and that intrigued him, but other than that he did not know much about them.

My dad had not told me much about the speakers before 2013. I only knew that there were speakers in big boxes in the garage. Then after about three months of asking to see them and being denied because he was to busy with work, I just took them out of the garage one day while he was out running errands.

A good call on my part because they haven't gone back in the garage since. 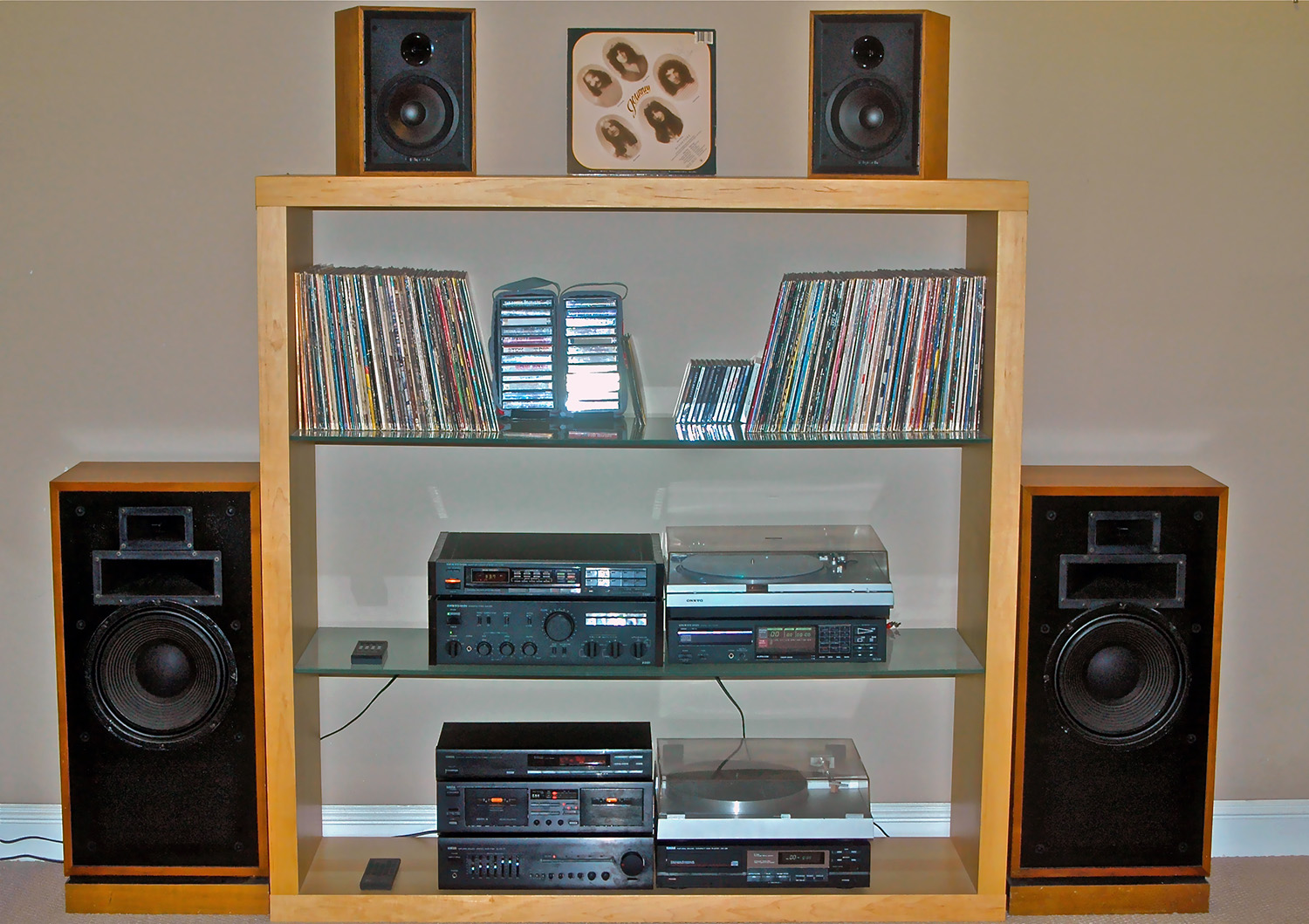 The album on top of the shelf between the KG1's is a Journey album autographed buy Neil Schon and Steve Smith. The Onkyo amplifier, tune, cd player and turntable are all the same ones my dad purchased. The stereo set on the bottom is the one I bought for my dorm room. I bought the KG1's on Craigslist before college started for $100, and they sound fantastic. They were a real steal.

I still listen to records with him occasionally. Fortunately, he kept all of his 33's including AC/DC, Led Zeppelin and others from when he was a kid. He also still has mixed tapes he made in college that I listen too, they include a lot of 80's bands, Fine Young Cannibals, The The, Violent Femmes, etc...

Personally I love the Forte speakers and I conducted my own experiment in which I turned my amplifier up to volume level 25/40. I then proceeded to walk 14 houses down my street before I couldn't hear the speakers anymore – no joke!

I can't speak highly enough of the Fortes. Any time I hear someone talking about or thinking of buying speakers, Klipsch is the first name I bring into the conversation. I recommend the brand to literally everyone I meet.

When I started at the California Maritime Academy, I left the Fortes at my house, but I bought the Klipsch KG1's on Craigslist specifically for my dorm room. They are a convenient size, yet even with the KG1's I am able to get into trouble.

My friends have also learned to love Klipsch speakers. A lot of my friends listen to more hip-hop/rap than I do (I guess I'm bit of an old soul) and they love it when I bring them over, turn up the bass and crank the volume up. Objects will literally vibrate off of the shelves in my room.

I still have yet to blow a woman's clothes off though, haha. I have also gotten in trouble with the RA’s (FROM THE FLOOR BELOW ME!) a few times for playing the music to loud.

I couldn't even imagine having the Fortes at school with me, but I do plan on bringing them with me my sophomore year. Look out.

Do you have a story about your dad that rocks and his Klipsch speakers? Post it in the comments below and/or email it to alex.leopold@klipsch.com

Categories: Vintage Made in America Speakers